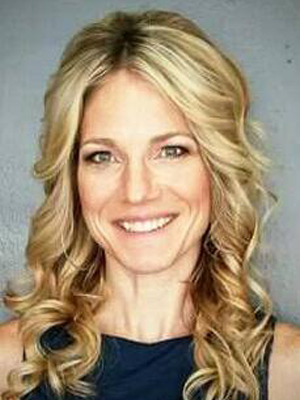 A visitation will be held on Monday, August 9, 2021 from 4:00-7:00 PM, and on Tuesday, August 10, 2021 from 9:30-10:30 AM, both at Ballard-Sunder Funeral & Cremation (4565 Pleasant Street SE) in Prior Lake. A Mass of Christian Burial follow at 11:00 AM at St. Catherine Catholic Church (4500 220th Street East) in Prior Lake. Father Michael Miller will preside. Pall bearers will be Tom Bohlen, Andy Bohlen, Chris Lorsung, Ryan Lorsung, Matt Aschbrenner, and Kevin Grimm. Jane will be laid to rest at St. Catherine’s Cemetery. A reception at Charlie’s on Prior will be held from 1:00-3:00 PM immediately following her burial.

On April 14th, 1968, in Faribault, MN, Jane was born to parents Robert and Eileen (Schramm) Bohlen. She was the first of three children. Jane grew up on her family’s farm outside of Le Center, MN. The farming lifestyle may not have been for her, the lake their farm was on certainly was Jane’s speed. Lake Gorman, was Jane’s happy place during the hot summer months, and lake life remained a passion throughout her life. She would wander down the hill, run down to the lake, and do what Jane did best; connect with people. It only took 15 minutes for someone to become great friends with her. Jane became such good friends with people at the lake that they quickly became like another family for her. Connecting with others was her special gift and Jane would never forget those she had connected with. When Jane wasn’t hanging out with her “lake family”, she attended Le Center High School. She graduated in 1986 and the next day moved out from the farm and into downtown Le Center. She couldn’t move too far from her friends and family, but was always ready to strike out on her own.

Jane enrolled into finance classes at South Central Technical College (now known as South Central College) in Mankato. Once she finished her classes there, Jane took classes at St. Mary’s and St. Thomas. While she enjoyed the finance classes, Jane became interested and passionate about the theology classes. With her new degree in finance, Jane started working as an accountant in the corporate setting. Eventually, she found her way back to the service industry, which had always held a special place in Jane’s heart. She worked for various companies, like Buffalo Wild Wings and Famous Dave’s, as a finance manager. But the job Jane loved most was at Nath Companies. Nath was another one of her special families, which she frequently referred to as her “Nath Family.”

One night at a bar after seeing a moving with a friend, Jane ran into a man named Jeff Lorsung. Though she would always deny it, she picked him up that night. The two spent the entire night talking to each other, as they would so many nights the rest of her life. They talked about what was important to each of them and what they wanted to accomplish in their life. Jane even made shared a “bucket list” that they laughed about. On August 4th, 2018, on the beautiful Island of Costa Rica, Jane and Jeffery got married. Between Jeff, Jane, and their blended family, each and every item on Jane’s list was crossed out, from sky diving to bag pipes as she was laid to rest.

Jane held many different passions in her life. Since Jane grew up so close to Lake Gorman, she loved to be around the water. Jane especially enjoyed waterskiing, boating, and floating in the water. If she wasn’t on the water, Jane loved to travel around the world. On many of her trips, Jane would pack along her painting supplies and a certain painting that she had been “working” on for years. Like most of Jane’s projects, this painting was about 40% and then had to be placed on the back burner for her new projects. Another one of interest that Jane had was in politics. She was a great contributor and volunteer for many campaigns and political party units. Jane’s volunteering didn’t stop at the campaign trail. She was a proud member at St. Catherine’s church of Spring Lake and would help when time allowed it. The small church felt it was a great place for Jane to connect with community, and her deep faith flourished even more there. It was very appropriate that she chose St. Catherine’s as her final resting place.

Offer Condolence for the family of Jane Lorsung