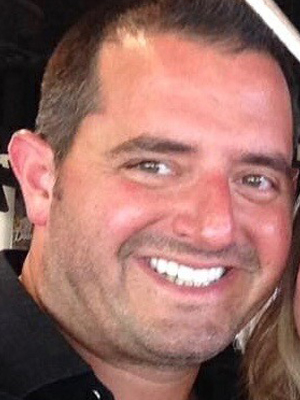 On July 2, 1976, Michael & Beth Don celebrated the birth of their son, Jamie (Jay) Seth Don.  Jay was the oldest of two boys and loved growing up in Brookeville, Maryland with his brother, Ethan.  As a boy, Jay was very active in school sports playing soccer and baseball.

Right from the start, Jay had an adventurous soul.  He loved being outdoors and traveling to new places.  After graduating from high school, Jay’s life brought him to Minnesota.  He spent a lot of time bettering himself and attended Metropolitan State University where he earned his Bachelor’s Degree.

Jay had a great personality and loved being around people.  He began working in sales, and eventually made his way to Avionte where he was a software salesman.  It was a great company, and Jay became great friends with many of his coworkers.

In 2016, Jay met the love of his life on social media.  After many long conversations and text messages, they decided to meet in person for dinner at the Kona Grill.  For Krista, it was love at first sight.  She instantly knew that Jay was her soulmate and that they were meant to be together.  Their love grew deeper every day.  Jay supported and protected Krista and her kids encouraging them to try new things and brought a newness to their lives.

After about a year of dating, Jay brought Krista to see the ocean for the first time in her life.  While on vacation, he proposed.  Jay and Krista were married in Jay’s hometown on July 27, 2018.  Jay not only got a wife, but he also became a step-dad to Krista’s children, Carson & Kyla.

Jay was an amazing step-dad.  He loved Carson & Kyla so much and would do anything for them.  As a family, they enjoyed having family movie nights and going to Dave & Busters.  Jay loved playing baseball with Carson and couldn’t get enough of Kyla’s sweet spirit.  He was at every ballgame, school event and concert supporting the kids.  He loved them like they were his own and was so proud of them.

When Jay had a little time to himself, he enjoyed golfing, grilling, going to the gun range, or just being outside.  He was a history buff, and loved learning about WWII.  He has the utmost respect for veterans, members of the armed services and law enforcement officers.  Jay was a true patriot and loved his county deeply.  Jay also loved to travel.  One of his favorite spots was the Caribbean, and he looked forward to taking Krista there someday.

Throughout his life, Jay had such a big heart.  He was so funny and was quick witted. He had a beautiful smile and a great laugh.  Jay was truly a family man and loved his family deeply.  He and his mother were so close.  They had a standing phone date every Friday night.  Jay was also very close to his dad.  He was thankful for the chance to care for his father in the last weeks of Michael’s life.  Jay was also a wonderful friend.  He had many dear friends and considered many of his friends to be his brothers.

On May 10, 2019, Jay passed away much too soon.  Jay made a big impact in his 42 years.  He will now live on in the hearts of his family and friends who loved him.  Jay will be remembered always by his loving wife, Krista Don and her children, Carson & Kyla; mother, Beth Don; brother, Ethan (Alanna) Don; nephew and niece, Sullivan & Mallory; other loving relatives and many dear friends.  Jay is preceded by his father, Michael Don.

Offer Condolence for the family of Jay Don