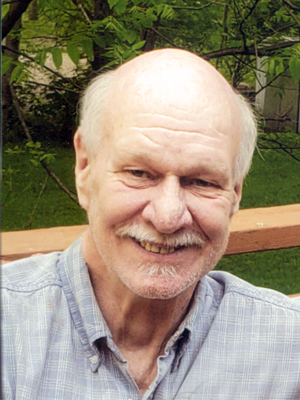 James Harold Ruter of Prior Lake, MN, passed away on May 6th, 2022, at the age of 69, in midst of a truly peaceful sleep. A visitation will take place at Ballard Sunder Funeral and Cremation in Shakopee, 833 Marschall road, from 4-7pm on Friday, May 14th. James’ Celebration of Life will be on Saturday, May 15th at Shepherd of the Lake Lutheran Church, 3611 N Berens Rd. NW, Prior Lake, starting at 11am with a one-hour visitation prior.

“JAMES HAROLD RUTER!” As he was known to his mother; better known by “Jim” to most, or simply “Ruter” to seemingly everyone who had the good fortune to call themself a “Friend.” In youthful days, he lived above, and helped with, running his mother Alice’s Restaurant; a place with food so good and cooked with love, one can’t help but wonder what inspired Arlo Guthrie’s hit song. Rest of the time, he was a little Hellion to his 5 siblings, with mischief and pranks a plenty.

But by high school, Jim stopped raising Hell to be Heaven sent. A real Renaissance Man. Indeed, to even begin listing activities, accolades, and achievements of young adulthood would require stapling-on an index. So diverse and ambitious, his ancestral home, Finland, is still deciding if they want to release their own “Finnish Army Knife” in his honor. A real “Jim-of-All-Trades.”

So well-rounded was he that the little hometown of Renville, MN could no longer contain him. That rolling stone caught the eye of Walter Mondale and Hubert Humphrey and was wheeled away to personally work with them in D.C.; the honored result of a program searching for a mere 102 of the nation’s best and brightest youths.

And while Mondale couldn’t Rally in the Race ‘gainst Reagen, Jim wasn’t the sort to quit a race after stumbling 1 hurdle (Probably didn’t account for the weight of all his Track & Field medals before the jump).

He sprinted the lessons learned over 5K, long- AND high-jumping deep into the heart of Minnesota to pass the baton to our state’s fledgling generation.

It was while teaching History that he met his future Wife, and Mother of his 2 sons: Shawn & Sam; each gifted with half Jim’s formula for success, so they would always work together, as brothers should. One too angelic & introspective for his own good, the other a nigh-tireless spitfire with a hand in every cookie jar. Not bad!

Courtesy of Gustavus, he turned his sights to being a Lawyer. From there, sought legal tender by being a render of Welfare enders. Discriminatory & paradoxical regulation unwritten on behalf of the destitute? Just another day in that fullest of lives, for JHR.

For scant years later, he decided to roll the dice on a career with Mystic Lake. And on it went…

All this was but one of the story Slots on the Roulette Wheel of Life. Load of Bunco? All Craps?

Swear it, all true.

Despite there only being 24 hours in a day, his “Free Time” often consisted of collecting the rare & unusual, expanding a vault of obscure knowledge, and convening with nature. Of prominent note overlapping these 3 was a “Rock Collection” the envy of every Geologist (One can imagine the jokes during a move). And procuring them… Ain’t no mountain high ’nuff, or cave too deep & dank, to slake that thirst for the next interesting Geode.

Especially caves, which he held, ironically, in High-Regard.

His hunt left no stone unturned- ‘Cause he collected them.

Though Jim’s spirit has been freed from this plane, it now resides in another. He is collecting rocks with Paul Bunyan now. An uninspired, ugly event, to the outside observer; turned pristine & eternal, by simply looking inside-out.

He would likely say, perched from the shoulders of giants in his new land of new discoveries…

Offer Condolence for the family of James Ruter