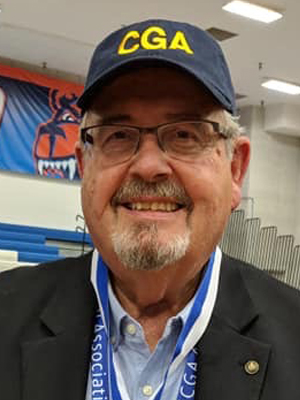 Jack Lawrence Hunter, age 73, of Prior Lake passed away at home on Sunday, February 9, 2020, after a five-week battle with liver and pancreatic cancer.

Jack was born on May 25, 1946 in Oshkosh, WI, the son of Lawrence and Evelyn (Meyer) Hunter. He was raised on the family farm near Pickett, WI, along with his three brothers. He graduated from Omro High School in the great class of ’64. After graduation, he entered the United States Coast Guard Academy in New London, CT. While there, he enjoyed playing football under coach, Otto Graham, as well as sailing on the tall ship, the Coast Guard Cutter EAGLE, during training missions. Other highlights were meeting Walt Disney who visited the EAGLE in CA and marching in LBJ’s Inaugural Parade in 1965. Jack completed his degree in Mechanical Engineering at UW-Madison. He began his career at Ellerbe Becket, and for those 24 years, he traveled throughout the US as well as internationally. He ended his career with Ryan Companies, retiring in 2016. He made many lifelong friends in all those years.

On June 9, 1973 in Omro, WI, Jack married the love of his life, Pamela Miller, and was blessed with three children. They were married almost 47 years. Jack was a devoted husband, proud father and a loving Papa Jack.

Many memories were made camping, skiing and attending Twins games, as well as cross-country road trips, which always included visiting any nearby baseball stadiums. A road trip wasn’t complete without Jack telling the kids, “I’ll stop this car and yell real loud, then you’ll cry.” Usually that garnered ill-concealed laughter! Jack and Pam, as two farm kids from Wisconsin, always felt blessed to be able to travel the country, as well as the world. Jack also loved playing games or cards with friends and family.

A man of deep faith, Jack had a servant’s heart. Along with Pam, Jack made many mission trips to their beloved Haiti, one of which was during the earthquake in 2010. He was a charter member of Holy Cross Lutheran Church, Prior Lake. For over 20 years, Jack was also involved with Hospitality House Youth Development in North Minneapolis; most recently, as chairman of the board. Whether he was mentoring friends, family or co-workers or serving at his church, Jack believed deeply in sharing his faith.

Jack is reunited in heaven with his parents; in-laws, Paul and Ruth Miller, and brother-in-law, Earl Miller.

Memorials are preferred and will be distributed in Jack’s memory by the family.

Offer Condolence for the family of Jack Hunter