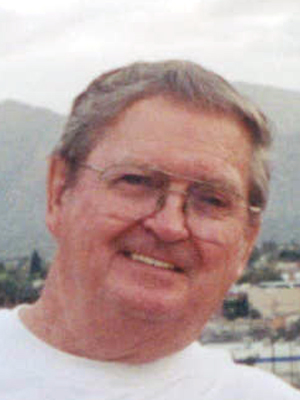 A visitation will be held on Friday, August 7, from 5-7 pm, at Ballard-Sunder Funeral and Cremation, 833 S. Marschall Road, Shakopee. Face masks are required. A private family funeral service will be held in Harold’s honor on Saturday, August 8, 2020 at 11:00 AM.  Friends are invited to stream the service at the following link: Harold Hallberg Funeral Service (Meeting ID: 938 4995 5692 / Passcode: 557659). A private interment will be held at Fort Snelling National Cemetery, in Minneapolis, MN, with military honors.

Grandma Hallberg was given the best birthday present, the birth of a new grandson, Harold on March 23, 1931. Born and raised in St. Paul, he was the sixth of eight children to Otto and Helen (Sadowski) Hallberg.  Growing up during the great depression and WWII, Harold quickly learned many valuable lessons, which became his foundation of character. At an early age Harold had an unfortunate accident resulting in him losing his sight in one eye. But this never slowed him down. His sister who when younger could not pronounce his name called him Hawt, which stuck throughout life. Harold was a member of the Boy Scouts. While in Scouts one of his duties was to work with the Air Raid Wardens during WWII to tell neighbors to darken their windows during air raids drills. Harold attended a one–room schoolhouse through the 8th grade and graduated from St Paul Johnson High School, in 1949.

During the Korean War Harold enlisted United States Air Force. He proudly served his country for four years. While stationed in Korean, Harold was the company clerk and had the difficult responsibility of writing letters to families back home and working through discharge papers.

At an early age Harold worked with his father traveling around Minnesota and Wisconsin tuning pianos and Church pipe organs including at the St Paul Cathedral. After being honorably discharged from the Air Force he went to work with his brother Carl at their automotive repair center. Later he partnered up with a friend and purchased a Texaco Station, in St. Paul, which he later became the sole owner of Hallberg Texaco. After a number of successful years, he sold the business due to a back issue and went to work at Hillcrest Electric, as a purchasing agent. Having the business knowledge, he advanced to the Vice President and Treasure. Harold then accepted a position with Gillette Company, as a line mechanic and was promoted to the Quality Control Manager before retiring at the age of 59. He was a longtime member of the East Park Lions Club.

Harold met a lady named Phyllis Jensen, at a friend’s wedding. She became his loving bride of 67 years. Harold and Phyllis were married on June 13, 1953. Settling their roots in St Paul, they raised 5 high spirited boys, Greg, Glenn, Wayne, Tim, and Bryan. Family remained most important in Harold’s life. He liked to have family barbecues at their home and grilling hamburgers and chicken. In Harold’s early years, he enjoyed snowmobiling, water skiing, fishing and gardening. Harold and Phyllis bought a cabin on Wild Goose Lake, in WI. Here, he taught his children and many others how to fish and water ski. After retiring he and Phyllis enjoyed wintering in Mesa, AZ.

Harold had an amazing character, he liked to joke around, was a hard worker and an entrepreneur. Like his father, Harold was a successful business owner, which some of his sons and grandsons have also become. He made his life living through his hands. Harold’s P.I. (Polish Ingenuity) could figure out how to and would fix anything. He was generous with his time to others. He enjoyed vegetable gardening and later tending to his flowers. Harold loved socializing with his church friends at Cross of Peace. He especially enjoyed his Hersey’s candy bars, cookies and especially ice cream. Harold had a big kind heart of gold. He was a perfectionist, strong willed and had a great sense of humor.

Offer Condolence for the family of Harold Otto Hallberg