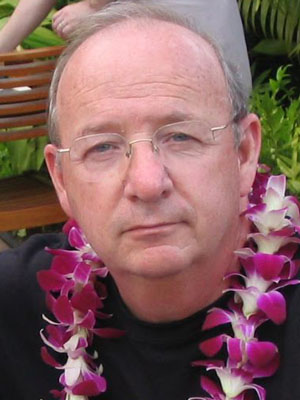 Bud will be laid to rest at St. Michael Catholic Cemetery with Father Tom Walker presiding.

Bud was born in 1935, the son of Clarence and Eva (Roberts) Anderson. Bud and his sister Margaret grew up in Pierre and De Smet, SD, and Bremerton, WA, before the family moved to Castlewood, SD, where Bud attended high school. In high school, he played on the basketball team and was elected senior class president. It was also there he met the love of his life, JoAnn Knoblauch.

After graduation, Bud entered the Naval Air Corps, returning after boot camp to marry JoAnn. They exchanged wedding vows at St. John Catholic Church in Castlewood. From there they were off to Chincoteague, VA, where Bud was stationed. Bud was proud of his service, rising to rank of Ensign First Class. While in Virginia, Bud and JoAnn had their first of six children, a boy named Kevin.

After his honorable discharge, Bud and JoAnn returned to South Dakota where Bud studied electrical engineering at the South Dakota School of Mines in Rapid City. While Bud pursued his degree—fixing television sets at night to earn extra money—the couple had two more children, both boys, named Brian and Robert.

After earning his degree, Bud was hired by Control Data Corporation and rose to the position of General Manager. He was eventually given charge of their “Life Extension Institute” which focused on improving employee wellness. When Control Data decided to sell this division, Bud and two partners, Dave Anderson and John Tarbuck, were able to purchase the company. Through hard work and the dedication of its employees, the company, renamed StayWell, was quite successful. When it came time to sell the company, Bud and his partners shared the proceeds of the sale with every employee. Bud said handing out those checks was the proudest moment of his career.

In the meantime, Bud and JoAnn had three more children, Patrick, Cathleen and Mike.

Retiring in 1995, Bud was able to spend time with his growing family. Bud was truly a family man. He doted upon his grandchildren, spent countless hours with son Patrick in their “Norske Workshop” crafting desks and bookshelves for other family members, and traveling with JoAnn. They ventured across America, often touring Cathedrals, Shrines, and Basilicas along the way.

For over twenty years, Bud and JoAnn wintered on the island of Maui, issuing invitations to their family to come and stay with them. Some of the family’s most treasured moments are of those sun-soaked times by the Pacific.

Bud lived by a simple motto: Do the Right Thing. A man of deep faith, he imbued each member of his family with this important value. Although they continue his legacy, he will be loved and missed by his wife, JoAnn; children, Kevin (Erin), Brian (Sue), Robert, Patrick, Cathleen and Mike (Becky); grandchildren, Kelsey (Wes Carrier), Nicole, Sydney (Caleb), Neil, Liam, Miranda, Noah, Sam and Mason.

Bud is greeted in Heaven by his parents and sister, Margaret (John) Gerhold.

Offer Condolence for the family of Gilbert “Bud” Anderson