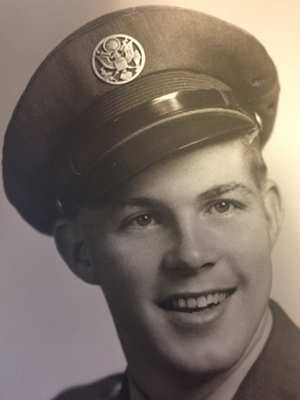 George Timmerman, age 88, of Crystal & Cross Lake, passed away suddenly but peacefully with a SMILE on his face. His family is planning a special remembrance with friends & family to be held at a later date. In lieu of gifts or flowers, we request you just SMILE in George’s honor.

George was born September 6, 1930. He grew up in Northeast Minneapolis. Following high school, He enlisted in the Air Force and made Staff Sargent. He served from 1952-1953 before being honorably discharged. After his service, George married the love of his life, Mary. Their marriage was blessed with two sons, Jeff & Michael.

He went on to work for Honeywell and became supervisor of the entire model shop at just 35 years old. George helped to build and design the first Giro Motion Motors that were used to put the first man on the moon. He then went on to become president of Modern Tool for the owner and best friend, Bud Woolston.

In retirement, George spent time with friends & family in Crosslake MN. He especially enjoyed working at the Bait Box Marina. George will be missed by all who he has touched in his lifetime.

Offer Condolence for the family of George Timmerman