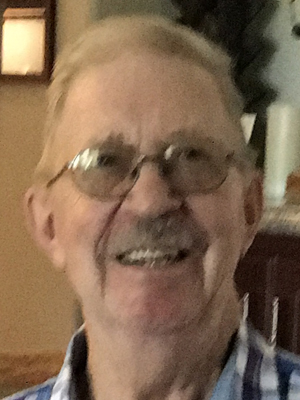 George was born on December 5, 1938, to Raymond C and Pearl M (Conrady) Algren. Born and raised in West St. Paul, MN, he grew up as an only child, but was always surrounded by extended family. George spent countless hours in the Algren Brother’s Garage, an auto body and repair shop, owned and operator by his father and uncles, in St. Paul. Ray expressed to his young son, George that he should go to college and find a different profession, other than the family auto body and repair business. As a family, they spent summers at their cabin on Candy Cove on Prior Lake. George loved lake life and all its activities.

During his high school years, George would ride the streetcar and attended U High (on the University of Minnesota campus). He graduated from high school in 1956 and furthered his education at the U of M, earning a degree in economics and a minor in geology. After graduating from college in 1960, George spent 15 years in Human Resources for Control Data Corporation. He was often flying and traveling recruiting, interviewing, and hiring engineers for the company. Wanting more in life, George took a leap of faith and opened PRO/AM Auto Parts (NAPA Auto Parts) From the mid 1970’s to the mid 1980’s, he did follow, a bit, in his father’s footsteps, in selling auto parts. George eventually sold the business and accepted a position selling for NOREX for several years, before returning to NAPA. This time, he was at NAPA headquarters working in sales, traveling the Midwest. At the age of 59, he had to retire due to health reasons.

Through mutual friends in college, George met Karen Grace Poquette. They started courting and were married on June 25, 1960, at St. Peter Catholic Church, Richfield, MN. George and Karen soon after became parents to Lisa, Steve, and Paul. The Algren family first settled in Richfield, MN for several years, before moving to their new lake home on Prior Lake. George passed on to his children, his love of lake activities, water skiing, sailing, and swimming. He also loved camping and enjoyed sharing his passion with his family. Each summer, the Algren family would head out west for two weeks. They enjoyed the sights and sounds of the Grand Canyon, Yellowstone, Glacier, etc. to name a few places. George’s favorite place to travel was to Grand Teton National Park in Wyoming, which he visited often. In later years, George and Karen also took several of the grandchildren on camping trips to the North Shore.

After Karen passed, George moved to Tucson, California and eventually settled in Texas. George ultimately found companionship with Harriet Hammons. In April of 2006, in Palma Valley, CA, they married. George and Harriet were like two peas in a pod! Unfortunately, in January of 2020, he found himself once again experiencing loss, as Harriet passed away.

Welcoming George in enteral peace are his wives, Karen and Harriet; and parents, Ray and Pearl.

Offer Condolence for the family of George Raymond Algren