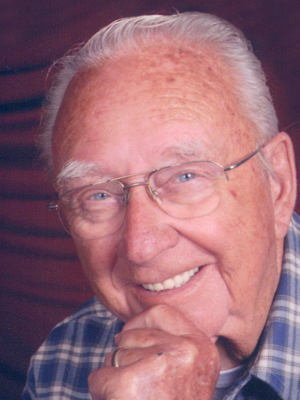 A Liturgy of the Word will be held on Saturday, September 4, 2021 at 11:00 AM, with a time of gathering starting at 9:30 AM, both at Ballard-Sunder Funeral & Cremation, 833 South Marschall Road, Shakopee. Deacon Jim Pufahl will preside. Gene’s son, David will be the urn bearer and grandson, Seth the flag bearer. Gene will be laid to rest at the Shakopee Catholic Cemetery, with Shakopee Veteran Honor Guard providing honors.

In St. Paul, MN, Eugene DeMiles was born on September 19, 1932, to Albert and Violet (Olson) Loberg. He was the second of four children first growing up in Minnetonka, MN, with the family later moving to St. Louis Park, MN. Gene was raised in a home that was 100 % Swedish and grow to be very proud of this heritage. As a young boy, he took a fond interest in motorcycles and cars. Gene relished drag racing motorcycles and he loved being a gear head, with his head always under the hood!

After graduating from St. Louis Park High School, Gene was drafted into the United States Army, where he served during the Korean War. Returning, Gene spent the first part of his career as a truck driver – locally and over the road. He even spent some time in the construction trade. In 1965, Gene accepted a position at Rahr Malting, in Shakopee. He spent the next 20 years, as a plant processing operator. Gene retired in 1995, at the age of 62. But needing to keep busy, he took a part time driving job with Herman’s Landscape Supplies, in Jordan, MN, for the several years.

After completing his service, Gene was introduced to Molly Esther Van Sloun, through her sister while attending a dance. Neither one was really interested in dancing, but a conversation began, and the rest became history. Molly loved Gene’s wild and fun spirited personality. He knew how to have a great time. On June 24, 1961, at Guardian Angels Catholic Church, in Chaska, MN, Gene and Molly united in Holy Matrimony. They spent the next 60 years welcoming children, grandchildren, great grandchildren and creating many precious memories.

Gene and Molly were the proud parents to Jenny, Chris, Dave, Nancy, and Kate. In 1964, the Loberg family moved to Shakopee on Eighth Avenue, where they remained. The Loberg family lived a simple life, with the focus being around family. As the kids grew up, Gene and Molly purchased a camper, and the family was able to explore the Midwest. As the kids left home, Gene and Molly focus turned to exploring the country on bus tours. As the grandchildren and great grandchildren came along, Gene loved spending time with them, especially when they were babies.

Gene was an armchair sports euthasist. He loved watching football and the last several years, Molly taught him the game of baseball and he became a Twins fan. Gene also taught himself the trade of woodworking, He spent numerous hours in his woodshop, creating many masterpieces, especially model airplanes, and various furniture creations.

Gene enjoyed being around people, talking, playing Uno with the Van Sloun’s and sharing a beer on the front step with the neighbors. He and Molly were inseparable and did everything together. Gene was a jokester and mischievous. He was always happy, loved to tease you and often had a little jive in his step. As the Alzheimer’s took hold, Gene depending more on the support and love of Molly, along with her family.

Offer Condolence for the family of Eugene “Gene” Loberg