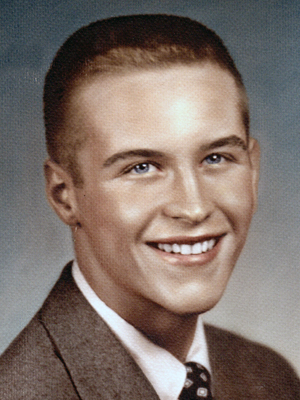 A Celebration of Life Service will be on Saturday, March 16 at 2:30 pm, with a time of gathering one-hour prior, at Ballard-Sunder Funeral and Cremation 4565 Pleasant Street SE, Prior Lake. Pastor Diana Hunstad will preside. Chris Contreras will act as the urn bearer. Memorials are preferred and will be distributed to Gary’s favorite charities, by the family.

Born on November 1, 1940 in Fargo, ND, Gary was the son of Walter and Bertie (Harper) Gullickson. He was the youngest of two children. Gary attended Fargo High School, where he was elected class president in his junior year. Gary was recognized for his sportsmanship. He was a member of the Key Club, swim team, and participated in track. Gary lettered in football, where he contributed to State Championship in 1958. In the same year, Gary played on the Fargo Legion Baseball Team and contributed to a State Championship, in that sport as well. He went on to graduate from Moorhead State University in 1963, with a degree in Elementary Education. Gary was president of his class in 1961, 1962, & 1963. He received a baseball scholarship in his sophomore, junior and senior year, where Gary was co-captain.

Gary married Dorothy Austin on July 3, 1963. They shared a wonder life together for 38 years. Gary and Dorothy had two daughters, Kelly Dawn and Lane Michelle. Family was always important in his life and he was so proud of each of them. In his free time, Gary loved the outdoors, especially hunting and fishing. He too enjoyed nature’s animals and his loyal companions of his Golden Retrievers.

Gary will be remembered for bringing our family together and creating family values that he and Dorothy instilled in their daughters and Gary carried to his grandchildren in Dorothy’s absence.

There to welcome Gary home in heaven is his wife, Dorothy and parents.

Offer Condolence for the family of Gary Gullickson