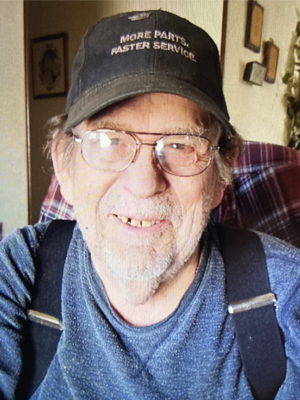 Gene will be laid to rest at St. Catherine Catholic Cemetery with Father Mike Miller presiding.

On January 21, 1948 in Green Bay, WI, parents Lloyd and Mary (Oster) Zephirin celebrated the birth of their son, Eugene Lloyd Zephirin. The family eventually settled in Prior Lake, MN where they operated Mary’s Café. It is here that Gene met the love of his life, Sharon Schumann. They were united in marriage on September 7, 1968 at St. Michael Catholic Church in Prior Lake. They were blessed with 35 years together and a loving family.

Following his graduation from Prior Lake High School in 1966, Gene entered the work force. In 1969, he began a 32-year career with Thermo King. Throughout life, Gene was mechanically inclined. Whether it was fixing up a lawn mower or teaching his grandchildren how to use a wrench, Gene shared his talents with others. In his youth, he loved fixing cars and racing at the Elko Speedway. In later years Gene ran a small engines shop from his home.

Gene had grit, let his actions speak for him, and always made time for others. A humble man, he embraced the small moments of life—frying fish with neighbors, tinkering in his shop, hunting, having conversations with delivery drivers, and phone calls with his family. He especially loved spending Christmas Eve with his children and grandchildren. While Gene was stubborn and often told it like it is, he also had a heart of gold.

Gene is reunited in Heaven with his wife, Sharon; parents; brother, Donald Zephirin.

Offer Condolence for the family of Eugene Lloyd Zephirin