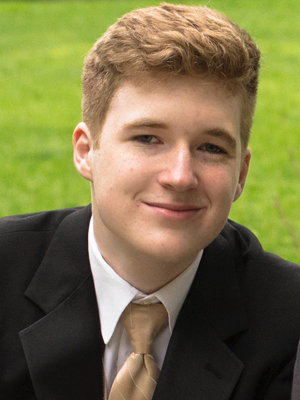 Elias “Eli” Barr Swanson, of North Oaks (formerly of Arlington), went to his Heavenly home on April 11, 2021. He was only 19 years old. Eli will be remembered always by those who loved him.

On October 23, 2001, Elias Barr Swanson was born to parents, Holly & Wayne Swanson. His twin brother, Izak was just 45 minutes behind him. From birth, Eli and Izak had a special bond that only twins have. All of the older brothers and sisters were so thrilled to welcome Eli and Izak into the family. They showered the boys with lots of love and constant attention.

Eli was a beautiful baby. He was so cute and chubby. Eli had lots of rolls and beautiful curly hair. From the start, Eli was a bit stubborn, but he also had a tender sensitivity to him. He quickly discovered his place in the world and in his family.

As a young boy, Eli was obsessed with the Incredibles. He even gave himself the nickname “Dash” which stuck for several years. Eli enjoyed the weekly trips to visit Grandma Mamie. He and Izak spent countless hours playing in the backyard. On one of their visits, Mamie performed a secret bathtub baptism for the boys; Eli loved hearing her tell the story of this years later.

One of Eli’s favorite things was spending time at Red Robin Cabin. Eli and Izak loved the freedom that came with the cabin. They spent lots of time outdoors and in the lake. This was also the hot spot for lots of fun celebrations with extended family like, Christmas, Fourth of July and Eli & Izak’s Halloween themed birthday parties.

As Eli grew, he spent more time pursing his hobbies. In grade school, Eli played baseball and basketball. He later discovered his love of airsoft rifles, BMX biking, 4 wheeling and weightlifting. Eli also enjoyed music and liked creating his own beats. He had a special place in his heart for animals. Eli especially loved all the Westie puppies his family raised over the years. Eli enjoyed working in food service and continued this work after graduating from Mounds View High School in 2020.

Although Eli had many hobbies and interests, the most important thing in his life was his family. Eli loved his parents and siblings, but he was happiest spending time with his nephews and nieces. They brought such joy into Eli’s life, and he loved them dearly.

The last few years of his life, Eli faced several challenges and struggles with his mental health and addiction. Through it all, Eli’s family saw the good in him and supported him through every struggle in life. This was especially true for Izak who was always Eli’s best friend. The love Eli received from his brother was truly unconditional.

Eli’s life came to an end much too soon, but his family takes comfort knowing he is now at peace in the presence of the Lord. He will be remembered always for his sensitive heart. He was a true gift to his family.

Offer Condolence for the family of Elias “Eli” Swanson