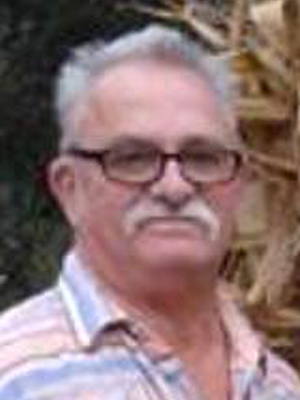 On October 6, 1944, Eldon Vernard Helget was born to Edwin & Alice (Braulick) Helget. Eldon was one of fifteen children. He grew up in Leavenworth near Sleepy Eye and always loved playing baseball. He was on the local teams through his childhood and high school.

After graduating from Sleepy Eye High School, Eldon began working as a truck driver. He had a strong work ethic. He also was proud to serve in the National Guard Reserves for a couple years. When he wasn’t working, Eldon enjoyed riding his Harley motorcycle and spending time with friends.

As a young man, he married Carol Johnson. They eventually went their separate ways, but their marriage was blessed with three sons, Terry, Darrin & Jeremy. Soon Eldon began working for Midland Glass. This is where he met the love of his life, Linda Fuhrman. Eldon asked her out on a date. She accepted, and the rest was history. Eldon and Linda were married January 17, 1976. They settled in Jordan and had two girls, Heather & Heidi.

Eldon worked hard to provide a good life for his family. Throughout the years he worked as a truck driver for Dietrich, was an outside lumber yard manager at Menards, and drove for Kraemer & Sons. He and Linda also ran Budget Video in Jordan for more than a decade. When it came time for Eldon to retire, he kept busy as a driver for Wolf Motors and Genesis. He loved working at both businesses and made many wonderful friends along the way.

When he wasn’t working, Eldon spent a lot of time outdoors. He was an avid fisherman. The Helgets took a family fishing trip in Detroit Lakes every summer. Eldon also loved horses. He even got a bright red horse trailer to match his beloved red pick-up truck. Eldon kept a beautiful lawn and made sure it was mowed in perfectly straight lines. He also was a wonderful gardener and also tried to grow the biggest tomatoes and potatoes.

In his free time, Eldon enjoyed cheering on the local sports teams, especially the MN Twins & Vikings. He and Linda enjoyed playing cards with some family & friends. They played Sheephead. When grandkids came along, Eldon had a new passion in life. He was a wonderful grandpa to his eight grandsons. Eldon also got to be a bonus grandpa to Connor & Callie while Linda was providing daycare for them. Callie was the granddaughter Eldon never had, and he loved treating her like a princess.

Eldon was recently diagnosed with Pulmonary Fibrosis. After 7 weeks of going between Abbott Northwestern Hospital & Ridgeview Rehab Center, Eldon passed away peacefully with his wife, daughter Heather, son-in-law Tom & a close family friend Tommy Kabus by his side. Eldon was a kind and hard-working man who loved his family deeply.

Eldon was greeted in Heaven by his parents and brother-in-law, Tom Ricke.

Offer Condolence for the family of Eldon Helget