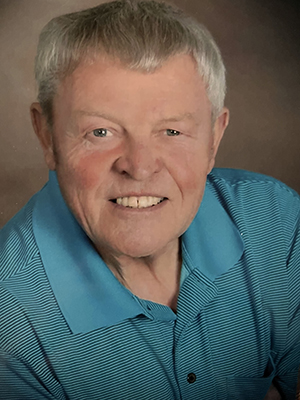 Earl E. Pint, age 79 of Jordan, entered eternal peace on Friday, May 20, 2022 while surrounded by his loving family. A visitation will be held on Friday, May 27, 2022 from 9:30-11AM with Mass of Christian Burial beginning 11AM at St. John the Baptist Catholic Church, 313 Broadway Street E., Jordan. Earl will be laid to rest at Calvary Catholic Cemetery with Father Neil Bakker presiding.

Friends can live stream the service by visiting church’s website and clicking on the live streaming tab.

On March 28, 1943 at the family farm near St. Benedict, parents Joseph and Alma (Steinhoff) Pint celebrated the birth of their son Earl Erwin Pint. He was the second of their eight children. Earl attended country school at St. Benedict and later graduated from New Prague High School.

Following his graduation, Earl entered the workforce. He was employed with Minnesota Valley Breeders and Harvestore Silos before enlisting with the United States Navy. Upon his honorable discharge, Earl began a 40-year long career with Continental Machines.

On July 22, 1967 Earl was united in marriage with Judith Colling at St. John the Baptist Catholic Church. They were blessed with a loving family and 55 years together.

Throughout his life, Earl focused on his faith and family. He shared many of his interests with those he loved—fishing, hunting, playing cards, gardening, and especially baseball. In his youth, Earl enjoyed playing baseball with his brothers and with the St. Benedict Saints. In later years, he volunteered at state baseball tournaments. He was also a member of the American Legion post 45.

A generous and caring man, Earl never shied away from helping others. He volunteered at St. John’s Fall Festival and helped at church whenever an opportunity arose. Earl will be remembered fondly for his kindness, wit, and his endless supply of “dad jokes” especially the ones without a punchline.

Offer Condolence for the family of Earl E. Pint