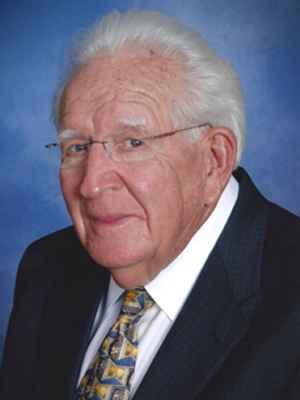 Dunrith “Bud” Waund Jr., of Fort Myers, FL passed away peacefully at home on Monday, May 25, with family and loved ones at his bedside. Born Nov. 21, 1933 in Primghar IA near the family farmstead, Bud was raised as a middle son on the farm, developed a love of woodworking learned from his father, and received a favorite yellow jacket from his Mom.

Bud’s parents insisted he become the first to leave farming and move to a climate conducive to extending his predicted lifespan of 35 years, caused by a severe heart defect with which he was born. He received his college degree from New Mexico State University, and quickly adopted his preference for hot weather for the rest of his life.

Bud met his match in Joan Harriet Waund, a Minnesota farm girl from a strong Swedish family, at a campus church event in Las Cruces, NM. They were married August 28, 1955, starting an improbable 61-year union.

The young couple first moved to Hawaii, where Bud began his successful professional life as an engineer for a major sugar company. A small Hawaiian plantation cottage was their first home of many, as this also began a 10-year period during which the couple relocated 13 times when Bud began work for the Green Giant Company. Bud saw each move as “a new adventure.”

In 1960, Bud was one of the first 100 experimental Mayo Clinic open heart surgery cases utilizing the newly invented heart and lung machine, a frightening scenario for wife Joan with toddler and newborn daughters. To this day the family remains grateful to the 40 Green Giant coworkers who bused to Rochester and donated blood on site for the successful procedure, as well as Dad’s Iowa relatives who rallied so strongly to support the new family during that period.

After retiring early from his Pillsbury corporate career at age 55, Bud was ultimately recruited by wife Joan to join her successful real estate business in 1990, and “The Lakeshore Specialists” of Prior Lake, MN were born. Clients and colleagues instinctively trusted his calm demeanor and sage advice, as throughout his life he was known to listen before he spoke.

Bud was dedicated to family and community service, and all that came with it. 4-H club gardens, rabbit sheds, model rockets, church committees, Rotary Club, United Way Leadership, it was all part of the package. His impact as a father figure extended beyond his nuclear family to nieces and nephews, as well as his special bond with Kyoko, an AFS student considered family for more than 40 years.

Bud loved the water and boating, which began as a child breaking in his uncle’s 2 cylinder outboard (“fastest on the lake”), became he and Joan’s first 16-foot aluminum boat, grew to a summer Lake Volney cottage, morphed into a lakefront Prior Lake home, and culminated with river trips from Minnesota all the way to Florida. Eventually, boating the inter-coastal waterway with friends based in Fort Myers became their passion for many years, combined with water aerobics, where Bud notably sported an ever-growing wardrobe of positive yellows in every shade.

Following Joan’s passing in 2016, Bud’s adventures included his close companion Maggie, and predictably her entire Klein family, as Maggie got “Grandpa Bud’s” eyes sparkling again with lots of new adventures, and his family ties expanded even further bringing he and others great joy.

Finally, it would not be “Team Bud” without his devoted care giver Laurie of eight years, and his best furry friend Magic.

An outdoor funeral carefully orchestrated for participant safety will be Saturday, June 6th at 11AM, with the ability to pay respects and begin seating at 10:45 AM at 5035 Beach Street NE, Prior Lake, MN. Interment at Spring Lake Cemetery overlooking the water on the shores of Prior Lake. Facemasks will be provided to all guests.

Flower requests can be fulfilled at

Memorial gifts may be made in memory of Mr. Waund to Mayo Clinic for Cardiovascular Research. Donations can be made by phone, online or by mail.

o Under “tribute information” please indicate the gift is in memory of Mr. Waund.

o In the memo line of the check or on a separate please indicate that the donation is in memory of Mr. Waund.

Offer Condolence for the family of Dunrith “Bud” Waund Jr.