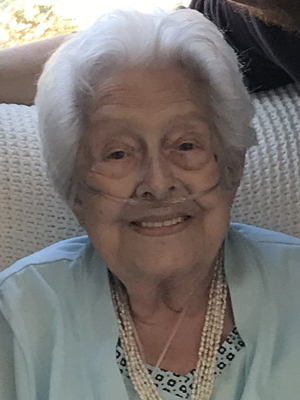 Dorothy E. Story, of Jordan, MN (formerly of Rockford, IL) passed away peacefully in her sleep on April 4, 2019 at the age of 90.  Mass of Christian Burial will be held on Wednesday, April 10, 2019 at 11:00 AM with visitation one-hour prior at St. Michael Catholic Church (16400 Duluth Ave. SE) in Prior Lake.  Father Tom Walker will preside, and Dorothy’s grandchildren will act as pallbearers.

There will also be a funeral service in Rockford, IL on Saturday, April 13, 2019 at 11:00 AM with visitation one-hour prior at Fitzgerald Funeral Home (3910 North Rockton Avenue) in Rockford.  Dorothy will be laid to rest with her husband at Calvary Cemetery in Rockford.

On March 20, 1929, Dorothy Eleanor Higgins was born to parents Francis & Helen (Comp) Higgins.  Dorothy was the oldest of three children, and she loved growing up in Rockford with her brothers, Roger & Gene.  Coming of age during the Great Depression wasn’t easy, but Dorothy’s father worked hard and provided a good life for his family.  In school, Dorothy was a majorette for the West High School marching band, and she was a skilled baton twirler.  Dorothy also sang with the high school acapella choir.

As a teenager, Dorothy met the love of her life, George Story, Jr.  Dorothy and George’s love grew quickly.  They exchanged letters while George was overseas during World War II.  When he returned, they were married on April 3, 1948.  They settled in Rockford and started a family.  George & Dorothy were blessed with five wonderful children.

When the kids were young, Dorothy was a homemaker, but she also worked outside the home.  Throughout her life, Dorothy was a Nurse’s Aide, an Assessor and a Parking Control Officer.  She later became a secretary for the Rockford Police Department.  She worked in the Crime Prevention Division, and was instrumental in starting the Crime Stoppers program.

In her spare time, Dorothy enjoyed swimming at the local Knight’s Club and spending time with her sister-in-law (and best friend) Pat.  These two ladies celebrated much and held each other up through trying times.  Dorothy always enjoyed doing laundry and ironing.  These were relaxing tasks for her, and at times it brought extra income to the household.

Dorothy was an avid knitter and crafter.  She made christening gowns, sweaters, gloves, hats and many other wonderful items.  She loved ceramics, and quickly learned she had a talent for it.  Dorothy was known for inviting the family to select hand-painted ceramic ornaments every Christmas, after which she would personalize them with their name and the year.  She also made canister sets for newlyweds and guardian angels for new babies.  Dorothy blessed many people with beautiful items that will be treasured always.

In 1978, Dorothy’s life was turned upside down when her husband died of pancreatic cancer.  Dorothy was the matriarch of her family, and she led them with tenacity and grace.  Dorothy loved being near her family.  In 1986, she moved to Minnesota to be closer to her daughters, Debby, Diana & Becky.

In 1993, Dorothy migrated to Wisconsin with daughter Becky Haney and her family.  Dorothy loved sharing her passion as a ceramics teacher and all around helper for grandson Sean’s grade school in Fredonia. After more than 20 years in Wisconsin and the death of Becky’s husband, Dorothy & Becky returned to Minnesota.

Family was always the most important thing in Dorothy’s life.  She was so proud of her children and grandchildren.  She loved telling everyone how many grandkids & great-grandkids she had.  Dorothy set a wonderful example for her entire family.  She was a strong woman with a kind heart and generous spirit.  She would do anything for anyone and loved her family deeply.

Dorothy will live on in the hearts of her family.  She will be remembered always by her children, Debby (Richard) Marks, Diana (Charles Hudzinski) Story, Mark Story, Rebecca Haney; 12 grandchildren; 22 great-grandchildren; brothers, Roger (Diane) Higgins and William “Gene” (Joyce) Higgins.  Dorothy was greeted in Heaven by her husband, George Story, Jr. on what would have been the day after their 71st wedding anniversary. She was also greeted by her son, Brian Story; parents, Frank & Helen Higgins; son-in-law, Pat Haney; and special sister-in-law, Pat Story.

Offer Condolence for the family of Dorothy Story