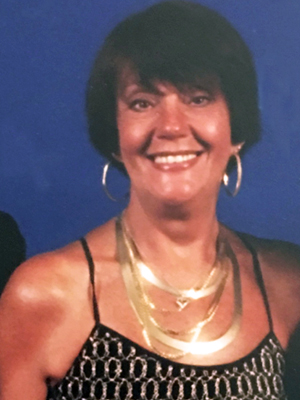 On October 28, 1944, Dorothea Marie Schmidt was born to parents, Frank & Maxine (Mayers) Schmidt. She and her siblings were raised in the Rochester area.

As a young woman, Dottie married Dale Feldt, Sr. and began a family. As a single mom, Dottie worked hard to provide for her kids Dale, Tammy, Bobby & Jeremy. They never made things easy for her, but she did the best she could. While the kids were young, Dottie met Roger Thelemann. The two were married, and the family moved to Shakopee. After Dottie and Roger went their separate ways, Dottie and the kids moved to Bloomington. This is when she became a server at Red Lobster. Dottie was a great server because she was friendly, kind, and genuine. Over the years, she worked many jobs in hospitality. She even owned the Timber’s Café in Montgomery with her daughter, Tammy.

Eventually, Dottie made some big changes to her life. She stopped drinking and lived a life of recovery for 40+ years. This was so important to Dottie and eventually led her to go back to school to become a Chemical Dependency Counselor.

During the next chapter of her life, Dottie met her third husband, Vern Brooks, and they welcomed their daughter, Summer. This was during the same time that Dottie also became a grandma. This was very exciting, because family was the most important thing to Dottie. She loved spending time with her kids and grandkids. They’d take vacations together and especially loved going on cruises and taking trips to Mexico and Las Vegas. She also loved making Christmas so special for the little kids. She would plan scavenger hunts for them and shower them with gifts.

Throughout her life, Dottie was a strong and resilient woman. She lived a hard life, but always found a way to make the most of her opportunities. Dottie saw the best in people and was willing to give anyone a second chance. She was so much fun and was loved by so many.

Offer Condolence for the family of Dorothea “Dottie” Brooks