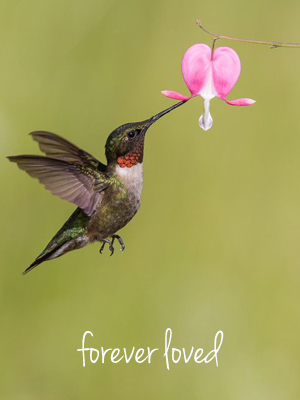 Doris Marie Malz, age 89, of Prior Lake, was welcomed home by her Lord and beloved husband in heaven on Thursday, March 14, 2019. She passed at Friendship Manor Health Care Center, in Shakopee, MN.

A Celebration of Life will be held on Thursday, March 21, at 11 am, with a visitation two hours prior, at Immanuel Lutheran on Fish Lake, 20200 Fairlawn Avenue, Prior Lake, MN. Dr. Rev. Brent Parrish will preside. Acting as pallbearers will be Bob Norman, Ed Will, Larry Karonski, Dave Blohm, Joe Borchardt, Tom Gillespie and honorary pallbearers are Gavin Gillespie and Peyton Meyers.

In 1930 on the family farm in Prior Lake, MN, Otto and Clara (Klingberg) Borchardt started the year welcoming triplets into the family. On January 2, Donald, Delbert and Doris were born all weighing less than 5 pounds combined.  Otto and Clara already had four small children, so welcoming three very tiny babies was going to be a challenge. Each baby was placed in a shoe box and kept warm near the wood stove and none were expected to survive. Older brothers, Donald and Delbert remained with their parents, while Doris was welcomed to her grandma’s and Aunt Agnes’ home, where she was cared and raised. Through the years, Doris regularly seen her parents and siblings. Growing up, she helped with the daily house chores, while attending school at Immanuel Lutheran.

Doris graduated from Shakopee High School, in 1949. She worked various jobs for a short time, before starting a 36-year career with Sears Roebuck, Inc. Each morning her brother, Don; sister-in-law, Verna Mae; sister Phyllis and her husband, Harold Rowe (who drove) would car pool to Minneapolis. Sears was blessed to have such a committed family for so many years. Doris’ main duty was packing orders, until Sears closed in 1987.

Doris’ life was enriched with meeting a handsome young man, named Ray Malz. They started dating and soon fell in love. On April 28, 1955, Doris and Ray declared their love to each other at Immanuel Lutheran Church. Doris moved to Ray’s farm near Lydia, MN. He remained home working on the farm, while she continued working at Sears. In 1994, Doris and Ray sold the farm and moved into Prior Lake.

Unfortunately, Doris and Ray were only able to enjoy the city life together for a few years. He passed on July 11, 1997. Through the years, Doris remained active attending garage sales, running errands and traveling with her sister, Phyllis. She enjoyed embroidery and being involved in her faith at Immanuel Lutheran.

Offer Condolence for the family of Doris M. Malz