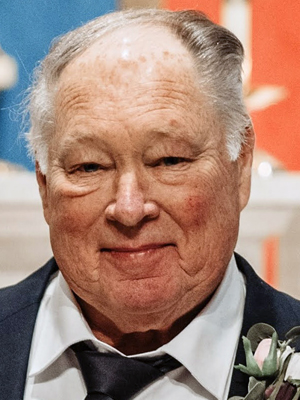 A Mass of Christian Burial will be held on Monday, September 13, 2021 at 11:00 AM, with a visitation from 10-10:45 AM, both at St. John the Baptist Catholic Church (4625 West 125th Street) in Savage, MN. The mass will be live streamed at www.stjohns-savage.org Father Jim Dovorak will preside. Following the mass, Don will be laid to rest at Fort Snelling National Cemetery at 1:00 PM.

Donald Edward was born on October 16, 1947, in Norwood, Massachusetts to Albert and Patricia (Hines) Pask. Growing up also in Norwood, he was the oldest of four children. After graduating from Norwood High School, Don proudly served his county in the United States Army. Don served two tours in Vietnam and extended his time in the Reserves.

Returning from the service, Don started his career in the manufacturing trade. He first settled down in the Boston, MA area. Don would then spend a few years in Illinois and Wisconsin, before settling down in Savage, MN in 1994.

In 1992, Don became the proud father to Donald Jr. He was always active in his son’s life. As Donald Jr grew up, Don prided himself in coaching his son in sports. He became a mentor to his son and the other young boys through his 10 plus years of coaching. As Donald Jr. entered college and played football, the support and dedication continued. Don would travel all over the Midwest to cheer his son on, only missing one game.

When Don was a young boy, he relished the times fishing with his father in the Atlantic Ocean. As his son grew up, he tried hard to mirror his ocean fishing experience to the waters of Mille Lacs Lake. Despite the water differences, Don and Donald Jr. loved the annual summer vacation to Mille Lacs to spend time together and fish! He also enjoyed spending time in the woods hunting. From 2014-2019, the two of them did a lot of hunting together, for white tail deer, various birds, and elk in Canada.

Don was independent, strong and had a tough persona. He preferred the simple life. He was most content working, coaching and watching sports, hunting, and fishing! Don was an incredible father, always there to offer support and love to Donald Jr.

The legacy of Don will live on in his son, Donald Jr. (Bailey) Pask; siblings, Joanne (Peter Gulew) Pask, Richard (Carol Harris) Pask; other relatives and friends. He is preceded in death by parents, Albert and Patricia and brother, Alan Pask.

Offer Condolence for the family of Don Pask