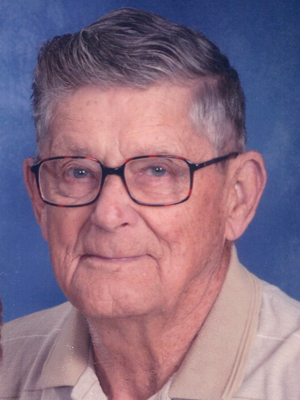 A gathering of family and friends will be held at Ballard-Sunder Funeral & Cremation (4565 Pleasant Street SE) in Prior Lake on Friday, August 7, 2020 from 3:00 – 5:00 PM with military honors provided by the Prior Lake VFW Honor Guard.  Guests must wear face masks and practice social distancing.

On December 31, 1928 in Minneapolis, MN, Donald Irvin Andersen was born to parents John & Anna Martine (Christiansen) Andersen.  A year later in 1929, the family moved to Prior Lake, MN.  Don attended school in Shakopee and graduated in 1945.

Following high school, Don enlisted in the United States Army.  He served in the U.S. Army from 1945 to 1948 during the Korean War.  He was a very proud American and was honored to serve his country.  Don returned home and met the love of his life, Collette Streiff at a local dance.  Don and Collette were married on December 30th, 1952 at St. Peter’s Catholic Church in Credit River.  During their 62 years of marriage they were blessed with six wonderful children.

Collette and Don raised their kids in Prior Lake. Together they maintained beautiful vegetable and flower gardens, had apple trees and grew strawberries. As a family they spent a lot of time outdoors and enjoyed life in the country to the fullest.

Don taught his kids the importance of family and serving your community.  After his honorable discharge from the Army he continued to serve his country and community through the Prior Lake VFW.  Don served as Post Commander from 1968 to 1969.  He was a member of the honor guard, and for many years was in charge of the VFW pancake breakfast with the help of his family.  Don and Collette also enjoyed the VFW Sunday Polka Dances.

Don worked hard to provide a good life for his family.  He was a cement mason/concrete finisher and a member of the Cement Masons Union Local 633 for 61 years. During his career he was involved in the construction of many major bridges and highways.

In retirement, Don was able to spend more time pursuing his hobbies.  He enjoyed both hunting and fishing and was an avid golfer.  He was also a skilled woodworker and made beautiful pieces with his lathe.  Don really loved working on classic cars, especially his ’57 Chevy.  Don was very mechanical and the man to call if you needed anything fixed.

Don celebrated 40 years of sobriety on January 20th, 2020 and was a determined, strong and hard working man. He was so proud of his entire family and loved spending time with his children and grandchildren.  Don will always be remembered for his youthful spirit and kind heart.

Offer Condolence for the family of Don Andersen