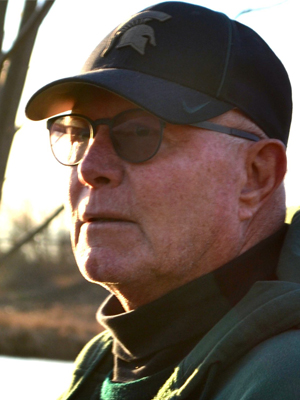 On February 4, 1944, Richard & Irene (Dietz) Schultz welcomed their first child into the world. Dick was the oldest of five children. He loved growing up in Bloomington with his siblings, Sandra, Tom, Cathy & Terry.

The Schultz family lived near the Met Stadium, and Dick began working for the MN Twins. He also worked with his father. Throughout his whole life, Dick loved working. He had a strong work ethic and loved every day on the job.

As a young man, Dick met Mary Nord at a river trip. They fell in love, and Dick & Mary exchanged wedding vows on January 26, 1968. Their marriage was blessed with two wonderful children, Katie & David.

They moved to Prior Lake to raise their family. They were very involved in the community and at church. Dick coached football and was at all his kids’ events.

In 1968, Dick started his own company called, Superior Trucking. As an independent truck owner, Dick worked with Fabcon for decades. He was known for his strong work ethic and generous nature.

Dick’s favorite thing was spending time with his family. Having children was a thrill for Dick & Mary, but their grandkids were even better. John, Maggie & Kevin were the light of Dick’s life, and he absolutely adored them. There was no end to Dick’s generosity when it came to his grandkids.

Dick was also a very generous and loyal friend. You could always count on Dick. He made many friends through work, church, his neighborhood and the Windmill Café. He ate breakfast there every morning and got to know all the staff and the other regulars.

About eight months ago, Dick was diagnosed with advanced stage four lung cancer. Dick received excellent care from his doctors and the entire staff at the Presbyterian Home in Bloomington. He was surrounded by his family the last days of his life. Dick will be remembered always for his generosity and fun-loving spirit.

Offer Condolence for the family of Richard “Dick” Schultz