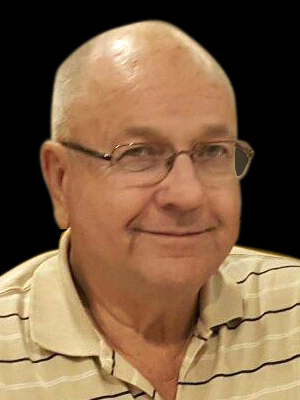 A celebration of life will be on Sunday, December 12, at 2 pm, with a visitation starting at 12:30 pm, at Ballard-Sunder Funeral & Cremation, 4565 Pleasant Street SE, Prior Lake. Family is requiring masks to be worn. Dick will be laid to rest at a private family burial at Dawn Valley Cemetery, in Bloomington, MN.

Richard Rudolph was born on March 19, 1939, in Fairfax, MN. The youngest of three, LeRoy, Carol and Dick were the children of Rudolph and Esther (Domke) Grosklags. Like any young boy, he enjoyed being outdoors. Dick especially liked fishing and bird hunting. A passion that remained with him throughout life. Dick mainly grew up in Fairfax, where he attended school and rode with his father delivering oil to customers. As a teenager, Dick’s father took a job in California for one year. Returning to Minnesota, his parents moved to Bloomington, MN. However, Dick wanted to rejoin his high school friends in Fairfax and moved in with his sister, Carol and her husband, Stan. He stayed living in Fairfax through the 11th grade. Dick rejoined his parents in Bloomington, where he graduated from Bloomington High School in 1957.

While watching car races at the old Met Stadium one evening, Dick met the love of his life, Darla Dee Rogers. She and her friends raced cars for fun. He not only thought Darla was a good driver but saw that she was a beautiful woman. This love story began and on June 6, 1959, in Richfield, MN, Dick and Darla were married. They were blessed with three sons, Brett, Bart, and Jon. As a family, they enjoyed camping, going to their cabin in Orr and Lake Vermilion, where Dick loved teaching his boys how to hunt and fish. In his later years, Dick and Darla enjoyed wintering in the Florida Keys and taking trips to Alaska and the Panama Canal. His greatest accomplishment was becoming a grandpa and great grandpa. Dick was a fun grandpa. He loved teaching them how to swim, fish and ride four wheelers. Dick enjoyed playing cards with the grandchildren, attending their school and religious events and being present in their lives.

For most of Dick’s career, he had two jobs. Dick was hardworking and dedicated. While working for United Motors in assembly, he took tool and die courses at Dunwoody Institute. Dick then worked for Thompson Hardwood Lumber for several years, before starting to build homes in the late 1960’s. Eventually, he took a position in Darla’s family business, United Steel Products Company, Inc., where she had worked since high school. For 20 plus years, Dick supported the company as the Vice President of Purchasing. In 1998, the family sold the business. Semi-retired at the age of 52, he remained active and busy. Dick was a handy man and tackled most tasks from plumbing, to electrical, carpentry, installation of carpet, etc. Dick could do it all and tried to do his best! He was always lending a helping hand to family and friends.

In 2010, Dick focused his time caring for Darla, as her health declined. On September 3, 2015, Darla passed. In the following years, his health started to decline as well. Dick lived out his remaining time at Savage Senior Living at Fen Pointe.

Dick Grosklags was a simple man. He had a quiet faith. Dick enjoyed listening to old time music on local radio stations (KCHK and KNUJ) and wood working. He loved driving around the countryside socializing with family and friends. Dick was known to be a pro at the long Minnesota Goodbye! He may have had a tough guy attitude, but deep down, Dick had a soft and gentle heart.

Offer Condolence for the family of Dick Grosklags