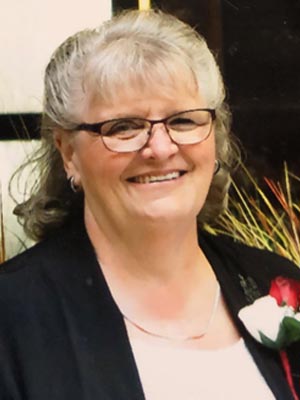 Diane (Hafermann) Boyd, age 65, a long-time resident of Prior Lake, MN, passed away unexpectedly on August 30, 2020. A celebration of Diane’s life will be held at a later date due to COVID-19. Details will be announced later.

Diane was born in New Prague, MN, on August 24, 1955 to Gerald and Jeanette (Mueller) Hafermann and grew up in Prior Lake with her five siblings. When she was young, Diane loved visiting the family farm, cooking and baking with grandma, and spending weekends riding horses. She loved being outdoors and with all kinds of animals.

After graduating from Prior Lake High School with the class of 1973, Diane found her life-long passion in childcare. She absolutely adored taking care of and teaching children, and that led her to start her own daycare business out of her home in Remer, MN. After running that for around 15 years, Diane ended up back in the Prior Lake area and continued to pursue her passion in childcare.  Her career culminated with her dream job as Assistant Director for New Horizons after spending her life dedicated to teaching and caring for hundreds of kids. She was extremely proud of this achievement; she was recognized many times for her dedication and earned several awards throughout her career.

While living in Prior Lake, Diane met the love of her life, Charlie Boyd. After emailing and calling back and forth before eventually meeting up in 2009, Diane and Charlie were united in marriage in Stillwater, MN, on May 20, 2016. Together, they loved traveling to all kinds of different places on weekends. They spent lots of time taking pictures, seeing new things, and just enjoying each other’s company. Family was extremely important to Diane throughout her life, even at a young age. She was a caretaker in her family, taking on a motherly role for her siblings. Later on, she became particularly close with her nieces and nephews, playing a significant role as an aunt for Parker, Kendall, and Tanner. Diane loved being a part of their lives through sporting events and other activities. After her marriage to Charlie, she also cherished being able to be a mother and grandma to his side of the family as well.

Scrapbooking and other creative projects were a passion of Diane’s. She would spend hours making cards or creating things that most people would not even consider. She would often challenge Charlie’s woodworking talents on a project, before putting her own spin on it with paint or other decorations. Her kids at the daycare benefited from her creativity and ingenuity with these novelties, toys, or activities to aid their learning.

Diane was an exceptional woman, always loving, caring, and selfless to a fault.

Diane is preceded in death by her mother, Jeanette; and sister, Nettie Plunkett.

Offer Condolence for the family of Diane Boyd