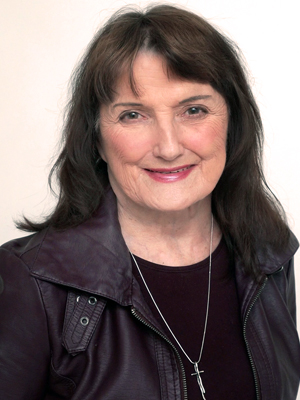 Deloris “Dee” Ann was born on November 18, 1933 to June Deloris Bumgardner and Jess James Dennis. Dee’s father was part owner of an auto supply and furniture company in Columbus, Ohio, while Dee grew up with her two older brothers, Jimmie and Ralph. Running a successful business, the family was the first family to have a TV that her father was able to get from the furniture store. When Dee was 9 years old, she won a singing contest on the radio and continued to sing on the show until she was 13. The first song that she sang was “I had a little talk with the Lord.” She remembered that song and sang it again just days before her passing.

When Dee was 16 years old, she married her high school sweetheart, Jack Pickens. They were too young to marry in Ohio, so they went across the border to Lawrenceburg, Indiana. Despite Jack fainting during the wedding ceremony, he recovered nicely, and they went on to be married for over 60 years until Jack passed away in 2011. Together, Jack and Dee were blessed with four children: Jackie, Brad, Mickey, and Kathy. All were successful in their own way and all loved God. While the kids were growing up, Dee was an at-home mother and always made sure her children were well taken care of and knew they were loved – including making them the best chocolate fudge you’ve ever had. The most important events in Dee’s 88 long years of life were the day she got married and the birthdates of each of her children.

Around the age of 40, Dee started a Christian ministry to prisoners in the Kentucky state prison, where many were saved and became lifelong friends. Later on, Dee and Jack moved to Florida and Dee became a licensed realtor. She loved selling houses and continued to do so for about 30 years until her retirement. Dee was a talented artist in many mediums and many of her pieces were hanging in her home. Early in life, she was a cheerleader and on the debate team in school and was proud of winning an essay contest that she wrote on the topic ‘Journalism is the Greatest Industry in the World’. She could quote most scenes from the show Seinfeld and loved all kinds of sitcoms. She was an amazing storyteller and could make you feel as if you were right there when she spoke of the air drills during WWII and the Victory Gardens they planted to do their part in the war.

Most of all, Dee loved Jesus and looked forward to being with him. In death, she was brave and never complained.

She will be reunited in heaven with her husband, Jack; son, Jackie; siblings, James and Ralph Dennis; great-grandson Oliver; and son-in-law, Dave Gorrell.

Offer Condolence for the family of Deloris “Dee” Pickens