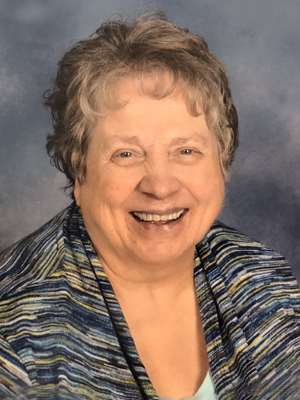 A funeral service will be held Saturday, October 9, 2021 at 11:00 AM with visitation from 9:30 – 11:00 AM at Lydia Zion United Methodist Church. Pastor Larry Kasten will preside, and Della will be laid to rest at Concord Hill Cemetery.

On November 11, 1946, Melvin and Irene Beuch were blessed with the birth of their daughter, Della. When Della was brought home to the family farm, she was greeted by her older sister, Lois. Della would later become the middle child after her brother Marlin was born. Della attended Lydia Elementary School before transferring to the Jordan school district. She graduated from Jordan in 1964.

Della met her husband James through her local church. Della and Jim enjoyed going to dances and gathering with friends. They were blessed with 41 years of marriage and in 1966 they were further blessed with their first of three children.

Working hard was just a way of life for Della. She worked as a baker for most of her working years, but her responsibilities didn’t stop there. She managed the home, children, garden and helped with farm chores, especially when Jim was away on construction projects. Full of love and compassion, she was a caregiver for her father-in-law early in their marriage and then her mother later in life. The amount of support and care that Della gave out to her family was immeasurable.

Her family and faith were at the forefront of her life. She cared deeply for people. Her smile and gentle spirit were infectious.

Offer Condolence for the family of Della Volek