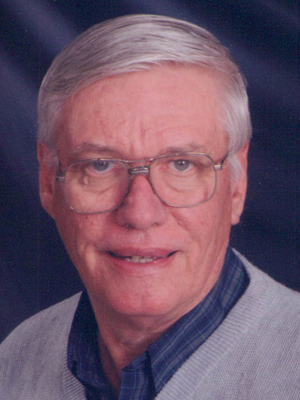 David Stanley Larsen, age 79, of Prior Lake, passed away on August 21, 2021. A Celebration of Life Service will be held on Friday, August 27, 2021 at 11:00 AM with visitation from 9:30 – 11:00 AM at Shepherd of the Lake Lutheran Church in Prior Lake. Pastor Laila Barr will preside. Service can be live streamed via Zoom at the following link: David Larsen Funeral (Meeting ID: 881 8374 7191 / Passcode: 188188). Memorials are preferred and will be donated to Second Harvest Heartland in Brooklyn Park and the Raptor Center at the University of Minnesota in Dave’s name.

Dave was born on January 6, 1942 in Des Moines, Iowa, the oldest son of Stanley and Marie Larsen. The family welcomed Dave’s brother, Steve, before moving to Exira, IA where Dave’s sister, Jan, was born. When Dave was 15 years old the family then moved to Sidney, Montana.

Dave graduated from high school in Sidney, Montana in May of 1960. He attended Dana College in Blair, Nebraska and graduated in 1964 with degrees in History and Political Science. Upon graduation, he enlisted in the Air Force in August of 1964. He was stationed in Minot, ND; Goose Bay Labrador, Canada; and Korat Royal Thai Air Base before his honorable discharge in May of 1968.

After his military service, Dave began a career in public service working for the Government Printing Office and USDA in Washington, D.C.. While residing in Washington, D.C. he met Sheryl Simons, and they were married on September 2, 1972. They had a daughter (Sarah) and moved to Des Moines, IA when she was 2 months old. There they welcomed a son (Todd) to their family and finally settled in Minneapolis, MN. Dave enjoyed traveling, especially when it involved wildlife photography, hiking, camping and being with his family. In addition, Dave relished every opportunity to be involved in his children’s athletic activities and attend their events.

Dave’s deep desire to understand the world was apparent through his reading and connecting with others to discuss a variety of topics including current affairs, historical perspectives and faith. He was an active participant in church life. Dave followed through on his commitments. Whether it was related to work, family, friends, church or an organization, Dave always gave his best effort.

Dave retired from his career with the USDA in 1997. In retirement, he enjoyed traveling, wildlife photography, and watching his grandchildren grow and participate in athletics and music.

Grateful for having shared his life are Dave’s wife, Sheryl; children, Sarah (Jayson) Ryner of Nora Springs, IA and Todd (Correne) Larsen of Robbinsdale, MN; grandsons, Jordan and Gavin Ryner and Henry and William Larsen; brother, Steven (Mary) Larsen of Little Elm, TX; sister, Jan (Bob) Bakko of Billings, MT; and many nieces and nephews. He was preceded in death by his parents, Stanley and Marie Larsen.

Offer Condolence for the family of David S. Larsen