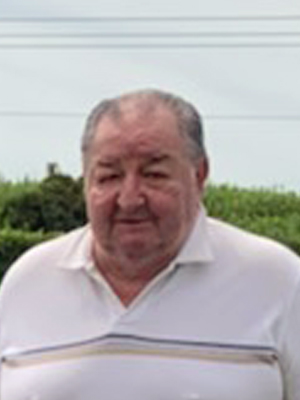 A visitation will be held on Tuesday, August 10, 2021, from 4:30-6:00 PM followed by a memorial service at 6:00 PM all at Ballard-Sunder Funeral & Cremation (104 First Street W) in Jordan, MN. Military Honors will follow the service led by the Jordan Veterans Honor Guard. His sibling will act as urn bearers. David will be laid to rest at Fort Snelling National Cemetery at a later date.

David is a 1967 graduate of Jordan High School. Soon after graduating, he entered the US Air Force where he proudly served his country and saw active duty in the Vietnam war. He attended trade school and spent his career installing duct work for large commercial projects. Later, he enjoyed helping with various jobs at the Ames Percheron Farm.

He enjoyed many activities including fishing, snowmobiling, bingo, sheepshead, movies and a love of animals. He was known for being quiet, having an easy-going personality as well as having a good sense of humor.

Offer Condolence for the family of David James Deutsch