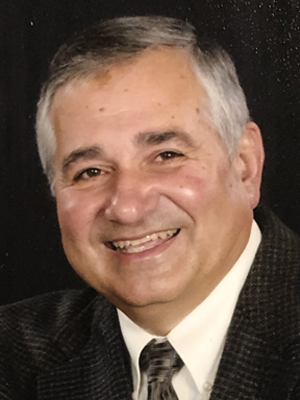 David “Dave” J. Czaja, age 80, of Shakopee, MN and Danbury, WI, passed away surrounded by his family in Shakopee, MN on June 29, 2021. Liturgy of the Word will be held on Thursday, July 8, 2021 at 12:00 PM at Ballard-Sunder Funeral & Cremation, 833 Marschall Rd, Shakopee, with Deacon Jim Pufahl presiding. Public visitation will be held prior to services from 10:00 AM to 11:45 AM. Interment Fort Snelling National Cemetery at a later date.

Dave was born on August 16, 1940 to Joseph and Frances (Rudolph) Czaja in Wausau, WI. The eldest of three children, Dave grew up in Schofield, WI, just outside of Wausau. Following his high school graduation, he served honorably in the United States Air Force for four years, specializing as a radar technician. Dave completed his basic training in San Antonio, TX, and was later stationed in Oklahoma. After his discharge, he returned to Wisconsin and attended Stevens Point University before switching to a tech school in Wausau and completing a two-year degree in electronics. Dave worked with electronics his whole career, working for AT&T for many years before his early retirement in 1988. Shortly after, he decided to continue working and got a job with Minnesota Plumbing and Heating, where he stayed until 2006.

While attending high school, Dave met Marie Tambornino, and despite serving in the Air Force for a few years, they later reconnected and were united in marriage on June 20, 1964 at St. Therese Church in Rothschild, WI. Soon after their marriage, Dave and Marie started a family and were blessed with eight children. Together, they moved from Wisconsin to the Chicago area before eventually settling in Shakopee.

Throughout his life, Dave had a passion for all kinds of electronics. From building TVs, antennas, and radio gear to using his VR headset late in life, as the “Go Go Gadget Dad”, he was always on the cutting edge of new technology. Many unsuspecting family members and friends have vivid memories of getting trapped in long discussions about ham radio with Dave. A man of many hobbies, he also took up sewing, made dandelion wine, and beekeeping. Dave was always the one behind the camera, taking many photos of his kids and developing film in hotel rooms on his various work trips.

Along with his many hobbies, Dave, along with his wife Marie, were also extremely involved with his church and his community. He was a founder and leader for many years of the Passion Play that started in 1981 at St. Mark’s Catholic Church in Shakopee, bringing elaborate costumes from his hometown of Wausau, and getting his kids involved in various capacities. Dave was extremely proud parading his children into church and filling up an entire pew, arriving early, and being the last to leave. He was a 4th Degree Knights of Columbus member and served as Deputy Grand Knight and Grand Knight for one year each. Dave was also involved in the Czech Area Concertina Club, playing a leading role for many years, and with city government planning, including the planning commission for Canterbury Downs.

After his retirement in 2006, Dave moved to their cabin on Shoal Lake, WI in search of a quieter life. Although he welcomed visitors, he also liked his solitude and was able to experiment with more hobbies like fishing, gardening, and being an avid environmentalist, seeing how low he could get his electric bill with solar and wind power and green energy usage. He loved sitting on his dock and watching the wildlife in peace. The cabin was also a great “camp” for the grandkids, and Dave made sure he had a special connection with each one, teaching them about nature and always being a resource when they needed someone to talk to.

Offer Condolence for the family of David “Dave” J. Czaja