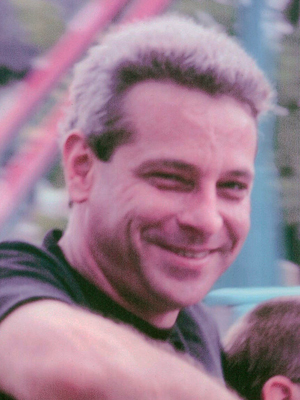 David Craig Cook, age 62, of Shakopee, MN, passed unexpectedly on Saturday, July 30, 2022, at Fairview Southdale Hospital, in Edina, MN. It was his loving, generous, and kindhearted manner that drew everyone he knew in and made you an instant friend. He was a person that was approachable and truly evoked the meaning of southern gentleman!

A time of gathering of family and friends will be held on Saturday, August 13, from 12 (noon) – 2 pm, with closing words and military honors provided by the Shakopee Honor Guard, at Ballard-Sunder Funeral & Cremation, 833 South Marschall Road, Shakopee. David will be laid to rest at a private burial at Fort Snelling National Cemetery, in Minneapolis, MN.

David was born the second of two sons to Henry and Olabelle (Stines) Cook. He graced this world on November 26, 1959, in Birmingham, AL. David and his older brother Ron grew up in Birmingham, where he loved being surrounded by his extended cousins, aunts and uncles. David was a bit of a rascal growing up and loved to play pranks and tease people, which was something he carried throughout his life and so graciously shared with his family.

After graduating from Woodlawn High School in 1978, David attended Auburn College for one year before entering into the United States Air Force. He proudly served his country for eight years working on nuclear airplanes as a Strategic Aircraft Maintenance Specialist. Returning from the service, David continued working as an Industrial Maintenance Mechanic first for Inland Container in Shakopee, then moved to California to work for the Toro Corporation for 12 years. After moving back to Minnesota, David returned to work for the same company, but newly named International Paper.

Along the way, David became father to Keila, Ramsey and Davon. On July 10, 2000, he married Wendy Ann Wolf in Edina, MN, and welcomed her three children into his life; Matthew, Andrew, and Brian. David and Wendy spent half of their married life in Southern California. After spending many years away, they returned to Minnesota, and for the last 5 years have been surrounded by family and friends creating so many cherished memories.

David lived a simple life. He loved being surrounded by family and active in their lives. He relished being a grandpa! You could say David ultimately spoiled them rotten and loved playing video games with his children and grandchildren alike. In his spare time, David loved cooking, always enough to feed an army! He had many specialties, but his soups were the family’s favorites.

Greeting him home to Heaven are his parents, Henry and Olabelle, sister-in-law, Peggy Cook, and grandson Wyatt Carleton.

Offer Condolence for the family of David Craig Cook