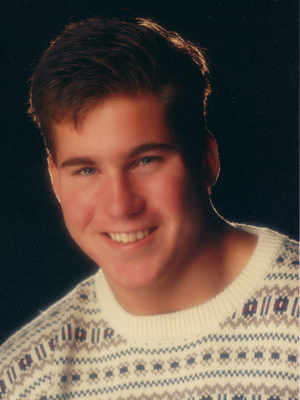 Dave Dennig Jr., age 50 of Prior Lake, passed away January 10, 2022. A visitation will be held on Saturday, January 22, 2022 from 2-4PM with concluding prayers at 4PM at Ballard-Sunder Funeral Home, 4565 Pleasant St. SE., Prior Lake. Friends are invited to the Prior Lake VFW following services for a continued celebration of Dave’s life.

On September 13, 1971 in Minneapolis, MN parents David Sr. and Diane (Grossberg) Dennig celebrated the birth of their first child, David Michael Dennig Jr. He was the oldest of their four children to be raised in Bloomington. From a young age, Dave had a big personality and wholeheartedly lived up to the role of being a big brother.

Along with his siblings, Dave attended Nativity of Mary School in Bloomington and later graduated from Academy of Holy Angels in 1990. Wanting to further his education, Dave attended the University of North Dakota where he studied business and marketing. Dave’s charismatic and friendly attitude allowed him to excel in his career. A hardworking man, Dave worked in freight logistics at T Force Worldwide in Edina.

Dave was a loving son, brother, and uncle. He was the biggest supporter for his nephews, attending many sporting events and assisting with coaching hockey. Never shying away from an opportunity to help others, Dave enjoyed volunteering. He was a dedicated participant with the Special Olympics Polar Plunge and mentor with the Big Brothers Big Sisters program. Dave was especially proud of his involvement with the South Metro Miracle League, an organization providing disabled children and adults the opportunity to play baseball. He served as the scholarship & special events coordinator as well as a coach.

A friend to many, Dave loved socializing and was the life of the party! He fully embraced “going big or going home” especially when planning a family gathering. Despite life’s difficulties, like the early death of his mother in 2012, Dave’s dedication to his family, friends, and community remained steadfast. Wherever he went, Dave cultivated lasting friendships—he will be remembered always for his kindness and enthusiasm for life.

Dave is welcomed into Heaven by his mother, Diane Dennig and his grandparents.

Offer Condolence for the family of Dave Dennig Jr.