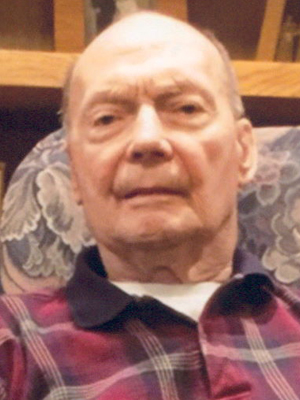 The second of three sons, Darold was born on February 15, 1932, on a farm in Blue Earth, MN. After his family moved to St. Paul, Minnesota, he quickly adjusted to city life. He traveled all over town by streetcar and soon learned the value of hard work by delivering newspapers. His family eventually moved to rural Windom, MN.  Darold graduated from Windom High School in 1950 where he played football and basketball.

Darold was a lifelong student. He attended Augustana College, earning a degree in Mathematics and Physics. Darold then graduated from the Naval Postgraduate School, earning a Master’s degree in Aeronautical Engineering. In his later years, Darold completed his MBA degree at St Thomas University in Saint Paul, Minnesota. From 1954-1974, he proudly served in the United States Marine Corp as a fighter pilot. While in the Vietnam War, he took part in the Tet Offensive and also earned a Distinguished Flying Cross. After retiring from military service, he worked for Rosemount Engineering and then for Northwest Airlines in their pilot training facility. Darold finished his career with Repairtech International as a sales representative.

Darold was, above all else, a devoted and loving husband, father, and grandfather. He married Lorraine Mavis Hobart on December 22, 1956, at Our Saviors Lutheran Church in Dovray, MN. They were blessed with three children, Nancy, Karen, and Paul. Darold was especially proud of his grandchildren, Nick, Alyssa, Siena, Anya, and Caden, and his great grandchildren, Isaac and Abigail.

Darold loved being active and enjoyed playing tennis, riding his bike, and downhill skiing. He was even a champion hand ball player at one time! Darold ran several marathons and continued running in his later years, averaging around five miles a day.

Darold was fun-loving, kind, and adventurous. He was a man of great faith who was dedicated to his country. Darold will remain in the hearts of those who loved him the most: his wife of 63 years, Lorraine; his children, Nancy Guttormson and James Andrisevic, Karen Johnson, Paul and Tamara Guttormson; his grandchildren, Nick and Emily Andrisevic, Alyssa Johnson, Siena, Anya, and Caden Guttormson; his great grandchildren, Isaac and Abigail Andrisevic; and brother and sister-in-law, Dean and Jeanette Guttormson, along with many other relatives and friends.

A Celebration of Life will be held on Saturday, February 1, at 11 AM, with a visitation starting at 9:30 AM at Shepherd of the Lake Lutheran Church, 3611 North Berens Road NW, Prior Lake. Pastor Dan Poffenberger will preside. Darold’s pallbearers will be his grandsons, Nick Andrisevic and Caden Guttormson, and his nephews Scott Guttormson, Brett Guttormson, Brian Bassing, Jacob Lohnes, and Mike Haugen. He will be laid to rest with military honors on Monday, February 3, at 10 AM, at Fort Snelling National Cemetery in Minneapolis, MN.