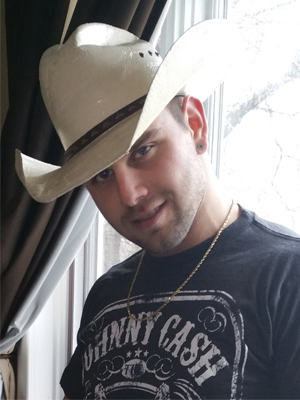 Daniel Sean Scullion, of Prior Lake, passed away unexpectedly the morning of Sunday, January 6, 2019 at the age of 30.  A Gathering of Family & Friends will be held on Friday, January 11, 2019 from 4:00 – 7:00 PM with a remembrance service at 6:30 PM at Ballard-Sunder Funeral & Cremation, 4565 Pleasant Street SE in Prior Lake. Pallbearers will be Nick McKinney, Brody Haugen, Brad Wallace, Garrett Eich, Max Roleff, Adam Evenstad and Tanner Moncur.

On July 21, 1988 Daniel was bornin Virginia Beach, VA, to parents Lori and Daniel Scullion. From the start, Dan had an adventurous spirit. No matter the season, Dan could be found outside—dirt biking, snowmobiling, or fishing. He loved growing up in Prior Lake with his sisters. As a family, they took many camping trips.

Dan began working after his high school graduation in 2006. He worked at FlexMation, Goodyear, and often did smaller jobs like snowplowing and yard care. Like his step-father, Dan was mechanically inclined. He always had a project or two in the works. If his friends or family needed help with their own projects, Dan would willingly lend a hand.

In October 2017, Dan proposed to Dani Eng, his high school sweetheart. Dan was always affectionate and romantic. Dani never had a shortage of homemade gifts and cards from Dan. The best chapter of Dan’s life began with the birth of his son, James. They were two peas in a pod! Dan enjoyed every moment with James and was an exceptional father.

Nearly every night, Dan would have a bonfire no matter if it was by himself or with friends. He enjoyed being with other people, grilling, and listening to country music, especially Johnny Cash, Alan Jackson and George Straight. Dan was always smiling and had an uplifting personality.

Dan is greeted in Heaven by step-dad, Gary Haugen, and his grandparents.

Offer Condolence for the family of Daniel Sean Scullion