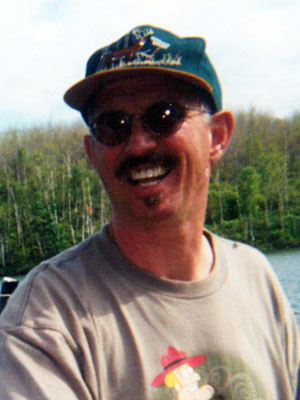 Daniel L. Pekarna, age 69, of Jordan, MN passed away on November 20, 2022. Daniel will be laid to rest at Fort Snelling National Cemetery with full military honors in the spring.

On September 16, 1953, in Shakopee, MN, Frank and Celina (Hartman) Pekarna announced the birth of their third child, Daniel. He grew up exploring the city streets of Jordan, along with his seven siblings. Following graduation from Jordan High School, Daniel proudly served in the United States Navy.

Daniel spent most of his career working side by side with his father and brothers at Pekarna Meat Market. He was proud to support and be involved in the legacy of the family business. Daniel was an expert meat cutter, with a special talent for preparing ribs.

Besides supporting his family, Daniel also supported the Jordan community. He dedicated many

hours with the Community Ed Theatre Program, cooking for the Commercial Club and was a member of the Knights of Columbus.

Daniel’s greatest passions were cooking and enjoying the outdoors. He relished cooking and

preparing meals for family and friends. When time allowed, Daniel was an avid outdoorsman. He enjoyed hunting deer and squirrels, and could often be found fishing in the creek and area lakes.

Offer Condolence for the family of Daniel L. Pekarna