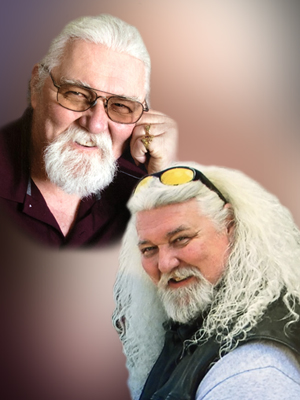 Daniel A. Gosse, age 62, of Jordan, MN, passed away on Friday, October 22, 2021. Funeral service will be held at 11:00 AM on Saturday, October 30, 2021 at Ballard-Sunder Funeral & Cremation (833 S. Marschall Rd.) in Shakopee, MN. Visitation will be held prior to services from 9:30 – 11:00 AM. Interment at Marystown Catholic Cemetery in Shakopee. Memorials are preferred and can be made at: Dan Gosse Memorials.

Family and Friends who are unable to attend the service in-person are welcome to stream the service at the following link: Dan Gosse Memorial Service (Meeting ID: 876 8858 5567 / Passcode: 258499).

Dan was born on October 30, 1958 in St. Paul, MN. He grew up on his family farm in Wabasha before graduating in 1977 from Wabasha-Kellogg high school. Shortly after high school, he served honorably with the United States Army Reserves, traveling through-out Europe and getting stationed in Germany for two weeks.

Out of high school, Dan began working for with Pass Construction and continued his career in carpentry from there, doing many jobs around town over the years. Most recently Dan worked with Emerson processing and shipping, where he made many friends over the last ten years. A lover of old architecture and carpentry, Dan was passionate about his work and was a true craftsman. He put thought and effort into everything he created. When Dan talked people into his ideas for projects, they never regretted giving him creative license.

Following his high school graduation, he married Mary Clark and was blessed with a daughter, Audumn Star on February 19, 1980. Later, Dan and Mary went their separate ways, and Dan found his way to the Jordan area, where he met and married his wife of 32 years, Debbie Sames at St. John’s Catholic Church, Jordan, where they were members for many years.

In Jordan, they built a life together and on June 25, 1991, their daughter Stephanie was born. Dan became a large part of the community volunteering his carpentry skills, coaching softball, and being active in the motorcycle community. Dan was well known around town for his magnetic personality, playing as Santa at Rademacher’s, and going out of his way to serve and get to know the elderly community. He had a deep respect for the “old timers” and loved hearing their stories. Dan was passionate about fast pitch softball, and fast bikes, especially his “chopper” that few challengers beat. He also loved his family dearly, instilling his own values of respect, efficiency, and honesty in his children throughout his life. He had a special relationship with Bernice, Debbie’s mother, and loved garage sales and getting breakfast with her. Dan was blessed to be a grandpa later in life and was always sure to ask how his grandkids were doing. He knew their personalities in and out before they knew themselves.

Dan was respected and well loved by everyone whose life he touched with all his special talents, warm heart, and laughing eyes. Non-judgmental, caring, and intelligent in many ways, Dan and his huge personality will be greatly missed by his wife, Debbie; daughters, Audumn Richardson and her children, Lilliana, Lydia, and Cayton, and Stephanie Gosse (Shane Wheeler); mother, Audrey Gosse; siblings, Darrell (Sarah) Gosse and Deidre (Dan) McHone; best friend, Steve “Gas” Gaskill; and many other nieces, nephews, family, and friends.

He is preceded in death by his father, Art Gosse; son, Joshua Daniel; and in-laws that he loved as his own parents, Werner and Bernice Sames.

Offer Condolence for the family of Daniel A. Gosse