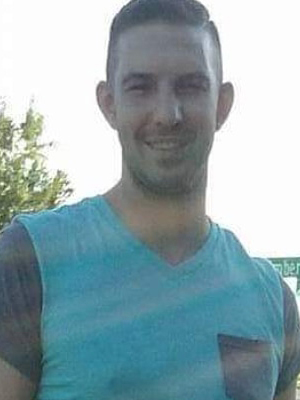 Chris was 30 year of age, when he passed away unexpectedly in Scottsdale, AZ.

Chris was the only son born to Randolph “Randy” and Laurel “Lori” (Schmaltz) Pfeifer on October 25, 1988 and has one older sister Vanessa LeeAnne (Pfeifer) Frisch.  In Chris’s early years, his family moved from Savage, MN to Zimmerman, MN and in this small town, Chris discovered one of his passions… basketball.

As a young boy, Chris was simple, and this was consistent throughout his life.  Chris loved sports, matchbox cars, Legos, collecting stamps, sports cards, Tonka trucks, cars, old school Nintendo, riding his bike over jumps and most importantly, simple play with his sister.  Year round, you would find him and Vanessa playing in the sandbox that his father built him for hours on end with his Tonka trucks.  On those extra cold days, Chris would be on the living room floor playing matchbox cars or building for hours with Legos… Chris started playing T-ball for a season or two and then tried soccer and basketball.  He was a natural with all sports and his love and passion for basketball flourished immediately.

Chris started playing recreational basketball and then played traveling AAU basketball year-round from elementary school to middle school.  During his basketball career prior to graduating high school, he traveled and played in multiple different states across the country.  Chris played for Hopkins from middle school through his senior year until graduating from Hopkins High School in 2007.   Chris was a selfless individual and made many life-long friends throughout his high school years.

After graduating high school, his niece Giselle Lily Frisch was born Aug. 2007.  Chris adored her and jumped at any opportunity to be with his niece or babysit her during college; Devan Ethan his nephew was born Nov. 2009.  He loved being an uncle to both and was adored by his niece and nephew.

Chris received a scholarship from Concordia University Saint Paul and he continued his basketball career throughout college.  During college, he worked part-time as a licensed security officer at Target Corp Headquarters, made the Dean’s list three times and graduated with a 3.8 GPA.  Chris received a bachelor’s degree and he majored in Criminal Justice, graduating from Concordia University on May 10, 2012.  After graduation from Concordia University, Chris decided he was going to pursue another passion of his… cars!  He decided that he wanted to learn how to work on them and Chris enrolled at Universal Technical Institute and decided to relocate to Avondale, AZ in May 2012, right after his graduation from Concordia.  Needless, to say this was extremely quick and his sister learned all she could one evening before Chris started the drive to AZ in his bright blue Audi with the “one-touch window”.  All possessions he cared about were loaded in his car as he set off on a new adventure to Arizona, leaving all family and friends behind.  Chris graduated from Universal Technical Institute on May 3, 2013 with a 3.8 GPA and received “Perfect Attendance Award and Exceptional GPA Award” and received an associate’s degree in Automotive Technology.  After graduation, Chris started employment with Celgene in Phoenix, AZ in May 2013.

Working in the compounding department at Celgene was like another family for Chris and he truly enjoyed working there.  He had a complete extended family at his place of employment and was well loved.

Chris was passionate about people and helping others. He decided that he wanted to be a volunteer fire fighter and he did so with the Phoenix Fire Department.  On Nov. 17, 2013, Chris became part of the Community Emergency Response Team in Phoenix, AZ.

One day, Chris decided he wanted to learn to ride a motorcycle and he sure did.  By going out and purchasing one and learning how to ride it.  Later he upgraded to his “lime green” motorcycle which was his ‘baby’ that he rode daily.

Summer of 2016, Chris decided that he wanted to take a road trip with his motorcycle from his home in AZ to MN for a family reunion.  He took a cross country road trip on that motorcycle, all 6’ 6” of him… safety gear and all.  His favorite part was CO with all the beautiful views and winding roads.

Most important to Chris was family and being with his niece and nephew.  Throwing the kids up in the air was always a favorite of his and making the kids laugh.

Being a simple man, Chris enjoyed spending time with friends grabbing a beer at breweries or hole-in-the wall bars/restaurants (per Chris, they have the best food), riding his motorcycle with his buddies, going hiking at Camelback or Squaw Peak in AZ.  Camelback and Squaw Peak were his favorite place to bring Vanessa and Dale hiking when they came to visit him in AZ.  Which still as an adult, Chris would call his sister “Nessa”.

Chris’s favorite saying was “I’m not cheap, I am thrifty!”

Chris is going to be missed dearly and words cannot express the deep sadness and holes we have left in our hearts.  Chris was extremely loyal, showed extreme patience, was completely selfless and showed discretion to all.

Offer Condolence for the family of Christopher “Chris” Jakob Pfeifer