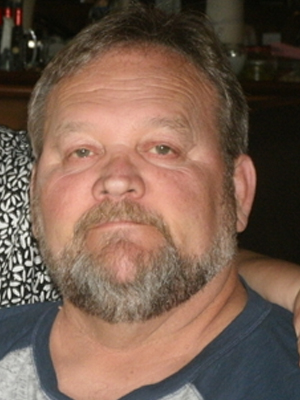 Chuck “Hawk” Hawkins, of Prior Lake, passed away May 5, 2020 at the age of 70.  He will be deeply missed by all who love him.  A gathering of family and friends will be held at Ballard-Sunder Funeral & Cremation (4565 Pleasant Street SE) in Prior Lake at a later date.  Chuck will be laid to rest at Fort Snelling National Cemetery with full military honors, and his sons will act as flag and urn bearers.

Memorials are preferred and will be distributed by Chuck’s family in his honor.  Condolences can be leftbelow and cards can be mailed to: Ballard-Sunder Funeral & Cremation; 104 First Street West; Jordan, MN 55352.

On March 14, 1950, Charles Joel Hawkins was born to parents Charles & Bertha Hawkins.  When Chuck was a young boy, his family moved from North Dakota to Minnesota.  Chuck loved growing up in South Minneapolis, but his favorite memories were made on his grandparents’ farm in North Dakota.  Chuck was only 10 years old when he started driving the tractor on the farm.  He quickly developed a passion for driving anything that would move.  Chuck was frequently seen driving cars long before he ever got his driver’s license.

In December of 1966, Chuck met the love of his life at the ice-skating rink.  Her name was Nancy Walrath.  On January 12, 1967, Chuck gave his class ring to Nancy, and their love grew deeper each day.  After graduating from South High School, Chuck enlisted in the Armed Forces.  He proudly served his country for three years during the Vietnam Conflict.  During his service, Chuck was enrolled in Leader Preparation Training, because the Army quickly saw his potential.  Throughout his military career, Chuck worked as a truck driver in Vietnam and Germany.

When he was home between deployments, Chuck and Nancy were married.  They exchanged wedding vows at Our Savior’s Lutheran Church on December 19, 1970.  Shortly after their wedding, Nancy joined Chuck in Germany until he was honorably discharged.

Chuck and Nancy eventually settled in Bloomington and started their family.  They were blessed with two wonderful boys, Joshua and Matthew.  Chuck worked hard to provide a good life for his family.  He was a truck driver, but Chuck liked to tell people he was a “professional transportologist.”  He spent 30 years driving for Red Owl and Super Valu.  Chuck was a hard worker and loved being on the road.  Even after retiring, he continued to work for private trucking companies.

When their boys were in grade school, the Hawkins moved to a small hobby farm in Prior Lake.  Chuck was a long-time member of the Jesse James Gang out of Northfield, and he always loved horses.  The farm gave Chuck the opportunity to have horses.  He was a true animal lover, and the family had many “pets” over the years including, cats, dogs, chickens, peacocks, donkeys, toads, turtles and ducks.

Chuck loved being outdoors, and he passed this love onto his boys.  As a family, they enjoyed horseback riding, working on the farm, riding motorcycles and boating.  Chuck was always the life of the party, and he loved to entertain.  He hosted many pig roasts in the back yard where everyone enjoyed his famous margaritas and hot wings! In later years, Chuck pursued his passion for classic cars.  Over the years he built and restored several classic cars with his friends Tony and Skip.  He was so proud of his 65’ GTO, 75’ Cadillac El Dorado and 57’ Chevy Wagon.

Although Chuck’s health had been declining the past few years, he was tough and persevered.  He had a great sense of humor and an effortless confidence.  Chuck was a man of strong character, and you always knew you could count on him.  After a long battle with a service-related illness, Chuck passed away.

Offer Condolence for the family of Charles “Hawk” Hawkins