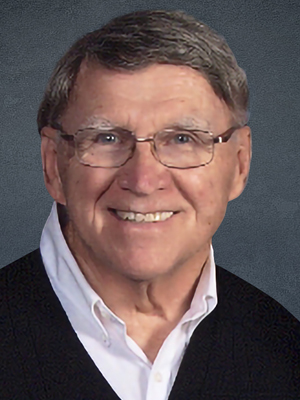 A founding member of Shepherd of the Lake Lutheran Church, Chuck’s life will be honored here with visitation beginning at 9:30 am, followed by a Celebration of Life at 11 am, on Thursday, March 28, at Shepherd of the Lake Lutheran Service, 3611 North Berens Road NW, Prior Lake. The church is located at 3611 North Berens Road NW, Prior Lake. Pastor Rebecca Gamble will preside, with his grandchildren acting as urn bearers. Memorials can be directed to the family who will distribute to organizations that were important to Chuck, including music and educational groups

On June 11, 1942 in Montevideo, MN, Charles Grove was born to Clarence and Evelyn (Grove) Hoff. He was the youngest of three children growing up and helping at his parent’s, Hoff’s Place, Chuck graduated from Milan High School in 1960 and from Augustana College in 1964, with a degree in Elementary Education. He also went on to earn his Master’s in Teaching from Mankato State University.

Chuck’s teaching career began with the Prior Lake School District. Five years later, he began a 35 year plus career with the Bloomington School District. Teaching was a passion of Chuck’s and so was music. He sang with the Augustana’s Concert Choir, the Shepherd of the Lake Church Choir, Barbershop Quartet and Choruses, and was a founding member of the National Lutheran Choir. Chuck too played in the Senior Synod Band, Prior Lake Windjammers Community Band and the Prior Lake Players Community Theater. He also worked part-time in Package Pick-Up at Dayton’s Southdale for 12 years, where people enjoyed Chuck’s announcements either opening or closing the store.”

Through mutual friends, Chuck was introduced to Kathleen Alice Graves. On August 2, 1964 at Our Savior Lutheran Church in Montevideo, they were married. Chuck and Kathy were blessed with two daughters, Lisa and Amy. He was a devoted husband, father and grandpa. Chuck passed on to his family the love of music. Many road trips were filled with singing, laughter and enjoying the scenery. Chuck was active in his daughter’s lives and always present in supporting them in their activities. When Chuck was diagnosed with Dementia 15 years ago, this limited his ability of being a grandpa in the way that we knew he had originally wanted. Nonetheless, Chuck was excited to interact with them and took every opportunity available to participate in their activities.

Chuck was dedicated to his faith and remained active his entire life. He was loving, kind hearted and loyal. Chuck was helpful, generous and always greeted you with a warm smile. Chuck will be forever remembered in those he loved most wife, Kathy; daughters, Lisa Burnham, Amy Hoff; grandchildren, Tanner, Reese, Brynn; brother-in-law, Harvey Schuman; special nieces and nephews; other relatives and friends

Offer Condolence for the family of Charles “Chuck” Hoff