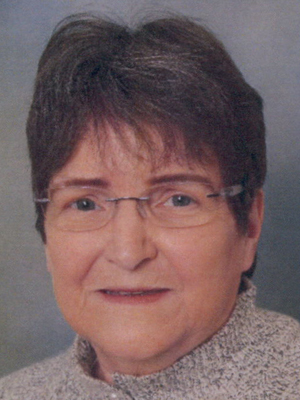 Carol L. Foss, age 77, of Edina, MN, passed away peacefully, with her beloved family at her side, on Labor Day, Monday, September 2, 2019, at Methodist Hospital, St Louis Park, MN. Two weeks prior, she was diagnosed with Stage 4 Lung Cancer.

A Celebration of Life will be on Saturday, September 7, at 3 pm, with a time of gathering starting at 1:30 pm, at Ballard-Sunder Funeral & Cremation, 4565 Pleasant Street SE, Prior Lake, MN. Pastors Rich and Jody Phenow will preside. Additional services will be held at Salem Lutheran Church in Cummings, ND on Saturday, September 21. Carol will be laid to rest at Sunset Memorial Gardens, in Fargo, ND.

On August 28, 1942, in Halstad, MN, Carol Lea was born to Alvin and Muriel (Wright) Foss. She was the middle sibling to Charlotte, Warren, Dwight and Gail. Carol grew up on the family farm in Cummings, where there were always chores to be done. Nothing made her cry more, when Carol had to tend to the chickens; watering, feeding and gathering the eggs (she disliked this job!) The Foss family also had a pony. Carol’s brothers learned how to jump on the back of the pony and when she tried…Carol always got kicked off! She was confirmed at Salem Lutheran Church. Carol attended Climax High School, in Climax, MN, where she participated in the Prom Committee her junior year. Carol graduated in 1960.

Carol furthered her education at North Dakota State University, studying Home Economics. She was a member of the Kappa Alpha Theta Sorority. Due to unknown reasons, Carol suspended her education, one semester shy of graduating.

Throughout Carol’s career, she was dedicated and very hardworking. It wasn’t uncommon for Carol to have multiple jobs at once. She spent over 30 years in the dry-cleaning business. Carol first started her career at North Port Clothier, until Carol met her husband, Jerome “Jerry” Reed. In 1974, they brought Camelot Cleaners and it became the family business, until they divorced. Carol then moved to the Twin Cities area and helped manage Fingerman Family Dry Cleaners. She retired from the dry-cleaning business and worked for over 20 years in the accounts payable department at Super Valu. This career in the grocery business started back with Hornbacher Grocery in Fargo, in Carol’s earlier years. In addition to working at Super Valu, she also worked as a switch board operator for Methodist Hospital, for over 20 years.

Carol loved being a mother to Michael and Marti. She was also proud of being a grandma. Carol was very hands on and relished hearing the way they called her ‘grandma.’ The grandchildren were Carol’s world and always wanted to be with them. She was a Minnesota sports fan and as a family, they especially enjoyed going to the Twins game and watching them on TV. Besides family, Carol also enjoyed playing cards, putting together puzzles and polka dancing. She definitely had a sweet tooth for nut breads, dark chocolate, Heath candy bars, fruit cake and angel food cake, along with a cup of black coffee or a cold Coke. In Carol’s free time, she enjoyed watching the Hallmark Channel and listening to county music.

As a family, attending the Minnesota State Fair was always a tradition. It is ironic, on September 1, 2017 (during the state fair), Carol’s son, Michael passed, and on the last day of the 2019 state fair, she passed.

Offer Condolence for the family of Carol L. Foss