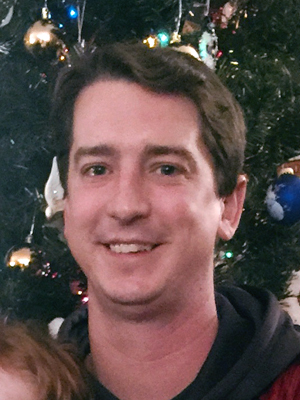 Family and friends are welcome to a time of gathering on Thursday, April 15, from 3-7 pm, at Ballard-Sunder Funeral and Cremation, 4565 Pleasant Street SE, Prior Lake. Bryce’s family will hold a private Mass of Christian Burial at St. Michael Catholic Church, lead by Fr. Tom Walker, with burial following at Credit River Cemetery.

On November 24, 1987, Robert “Bob” and Nancy (Klingberg) Sheehan welcomed a beautiful baby boy into their arms. They named this chubby, dark hair boy Bryce Jay. He was welcomed home by his big sister, Meagan. Bryce always looked up to her until one day the tables were turned and he now was the boss! Bryce attended St. Michael Catholic School. He was like any other young boy and enjoyed playing football and basketball. Bryce and his family enjoyed trail riding and camping well into his teen years. Bryce then traded those four legs for four wheels and enjoyed countless hours driving and boating with his friends. He too became the big brother to sister Gina. They had a special bond between the two of them. Bryce graduated from Prior Lake/Savage High School in 2006.

At a young age, Bryce started working for Prior Lake Rental. He spent the next 15 plus years assisting customers. For Bryce…work was his life. He was dedicated and worked hard. Bryce never sat idle; he was always on the move, even performing various side jobs. In the last several years, Bryce took a different path, started night school, and became an apprentice in plumbing. He traveled the Midwest working on projects for RT Moore Mechanical.

Bryce would try anything once-good, bad, or indifferent. He enjoyed lake life. Despite being a good athlete, Bryce was never able to master water skiing. However, he accomplished the water-powered jet packs with ease. Bryce also liked snowboarding and snow skiing.

Life for Bryce was about family and friends. He loved being around friends, even if it meant a bit of mischief was to follow. Bryce relished being an uncle to Kaleb and Owen. These two young boys were his world. He and his nephews enjoyed wrestling, horsing around, and many rounds of mini golf. They enjoyed playing in the jumping castle he rented for them.

Bryce may have been irritated at times with his parents, but then again, which kid isn’t? He was the one to always lend a helping hand with chores, tasks, or projects. Bryce was kind, respectful and loyal to his friends, even if it meant he could get into trouble. Bryce had a dry sense of humor, which made people laugh. He was knowledgeable, especially when he got interested in something, he remained focus until he knew everything about the subject.

Bryce was greeted home by his grandparents, Joe and Delores Sheehan.

Memorials are preferred and will be distributed in Bryce’s name by the family.

Offer Condolence for the family of Bryce Sheehan