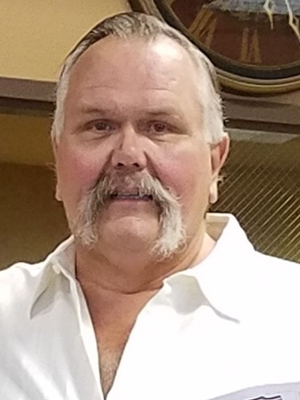 Bruce “Buckwheat” Segler, age 64, passed away from small cell lung cancer on May 1, 2019, at his home in Mesa, AZ. He was a longtime resident of Prior Lake, MN.

In Glencoe, MN, on November 5, 1954, Bruce Allen was born to parents Edwin August and Esther Louisa (Foster) Segler. The youngest of eight children, he and his family settled their roots in Prior Lake, where they were members of St. Paul’s Lutheran Church. As a young boy, Buckwheat took a strong interest in cars. He spent countless hours working side by side repairing engines with his older brother, Harlan.

While in high school, Buckwheat started working part time for Green Giant (now called Silgan Container). After graduating from Prior Lake High School in 1973, he dedicated the next 37 years working various positions, before retiring on May 1, 2010.

Buckwheat’s life was enriched meeting Jeanne Lentner. They began dating and on July 12, 1980, Buckwheat and Jeanne exchanged wedding vows at St. Michael Catholic Church. They too settled their roots in Prior Lake, where they welcomed a baby boy, named Michael. Spending time together was precious for Buckwheat, since his job was demanding at times. When they could, the three enjoyed ice fishing on Mille Lacs and at the local ice fishing contests, some traveling, car shows and local fairs.

Buckwheat had many passions, his 1970 Monte Carlo, riding his Harley with Jeanne a long side of him, taking motorcycle trips with friends. For many years, he helped out friends at various racetracks drag racing. You could find Buckwheat in his garage or someone else’s garage tinkering on a car and trying to get his hands on a special green truck. Even in Mesa, he continued his tinkering but it was with golf carts. Buckwheat’s greatest passion…being a Papa to his 3 grandchildren. He relished face timing and coming home to Minnesota to be with Kyndra, Scott and Jason.

In September of 2010, Buckwheat and Jeanne bought a home in the Las Palmas Community of Mesa, AZ. The following August, they made Mesa their permanent home. Buckwheat quickly was known as the ‘Neighborhood Handyman.’ If anyone needed anything fix, they called him. In Buckwheat’s spare time, he enjoyed spending time at the community pool.  Buckwheat and Jeanne loved to go dancing, as he loved his music, attending local shows and playing cards with friends. They especially loved exploring Arizona and all its beauty.

Buckwheat was the life of the party and loved conversing with family and friends. He greeted you with that big smile, with his famous dimples, followed by the renowned bear hug. This then was trailed by a joke or two, making you smile and laugh. Buckwheat had this amazing big heart, touching countless hearts through the years.

Ballard-Sunder Funeral and Cremation proudly served and cared for the Segler family.

Offer Condolence for the family of Bruce “Buckwheat” Segler