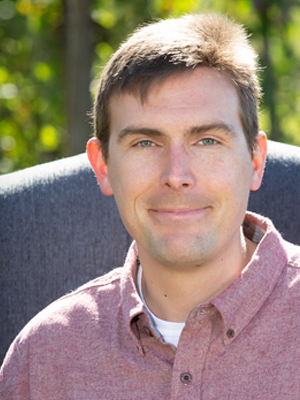 Brian Lindell, of Jordan, MN was born into eternal life on December 12th, 2020.

A Celebration of Life Service will be held at a later date when it is safe to gather.  In lieu of flowers and other gifts, memorials for Brian can be shared c/o Ballard-Sunder Funeral & Cremation; 104 First Street West; Jordan, MN 55352.  All donations made in Brian’s honor will go to fund a cause that was so important to him and his family.  Work is currently being done to set up a scholarship bearing his name at Minneapolis College that will help others within the school and the same program that meant so much to him.

On August 24, 1979, Brian Kenneth Lindell was the oldest child born to Denny and Carlonna Lindell.  Brian’s early years were spent on the family hobby farm in South Dakota.  It was life there on the prairie that Brian developed his strong work ethic, and love for animals and the outdoors.

From an early age, Brian was musically inclined.  He was a wonderful singer with a beautiful voice and was a member of the Sioux Falls Boys Choir.  Brian was proficient on the piano, played tuba in the school marching and jazz bands, and later even picked up guitar.  His love and talent for music allowed him to channel his artistic side, but Brian’s brain was also wired for computer work.  He always had a knack and interest in anything related to electronics and technology.  He enjoyed learning the mechanics of computers from an early age.  Along with his brother, he would take apart any electronics he could in order to get an understanding of how things work.

As a family, the Lindell’s enjoyed lots of special times together.  They frequently went camping and took family road trips.  Over the years they visited Colorado, California, Tennessee and Florida.  They also took many memorable trips to Branson, Yellowstone, and the Black Hills with him sitting in the very back of the family Suburban where he could keep a good eye on his little brother and sister.

Before becoming a high school freshman the Lindell family moved to Chaska, MN where Brian enjoyed extracurricular activities like Choir, Knowledge Bowl, and Band.  He was active in his Youth Group at Living Hope Lutheran Church.  Brian was also very social within his circle of friends and was frequently the one who organized activities for them, such as hanging out to watch movies, gaming, or a variety of outdoor activities.

After graduating from Chaska High School in 1997 Brian attended the University of Minnesota in Duluth for a couple of years before moving home and transferring to Crown College where he studied computer science and completed his Microsoft Certification.  This led Brian into a lucrative career in IT.  Over the years he worked for many companies including the headquarters of Best Buy & HighJump Software.  Eventually Brian started his own business called Personal Touch Computer Consulting where he specialized in setting up and installing networks for small businesses.

Throughout his life, Brian faced several challenges and struggles.  His mental health was something he worked very hard at along with his ongoing recovery from addiction.  Brian’s journey taught him how to live one day at a time and the importance of being of service to others.  Brian’s experiences shaped the direction of his life and is where his greatest impacts on others can be felt.

In recent years Brian decided to change course from the IT world and restarted his academic studies at Minneapolis College (formerly named Minneapolis Community & Technical College).  He studied Addiction Counseling and earned his degree last December.  During his time enrolled there he developed wonderful relationships with his professors and classmates.  Brian was a tutor, mentor, and leader to the other students, including the student senate and various clubs.  He was always helping others and was so wonderful to the people he worked with. Brian was also very active in LEAD MN and advocated for more help for those with addiction during lobbying trips to Washington DC. The next degree Brian pursued was through Augsburg College.  He was currently studying Bio-Psychology and was earning high academic marks in all areas of his studies.  Brian was working extremely hard with his newfound passion for academics to create a meaningful future for himself and others he planned to encounter and help along the way.

In his free time, Brian enjoyed watching movies and anime.  He loved anything sweet, especially Mountain Dew and Jelly Belly candies.  Brian had a passion for all things surrounding Japanese culture and hoped to visit the country one day.  He also enjoyed camping, rock climbing, and using his new slackline setup. When his parents moved to Jordan, Brian became active in Hope Lutheran Church.  He frequently attended the monthly Men’s Breakfast and had the biggest hug ready for Pastor Steve at the end of the service every week.

Although Brian had many hobbies and interests, the most important thing in his life was his family.  Brian loved being with his parents and siblings.  He was happiest when spending time at the farm or at the cabin with his niece and nephews.  They brought such joy into Brian’s life, and he loved them dearly. The Lindell family saw all the good in Brian and supported him through every struggle in life.   The love Brian received from his family was truly unconditional.

Brian’s life came to an end much too soon, but his family takes comfort knowing he is now at peace in Heaven.  He will be remembered as a sensitive and empathic man.  When you were with Brian, you had all of him and could expect one of his famous hugs when he greeted you and before he would let you leave.  He made you feel special, important, and understood.  He was a true gift to his family and to the world.

Brian will be remembered always by his loving parents, Denny & Carlonna Lindell; siblings, Andrew (Michelle) Lindell and Alissa (Chris) Petersen; nephews and niece, Owen, Claire, Riley and Connor; other loving relatives and many dear friends. Brian was greeted in Heaven by his grandparents.

Offer Condolence for the family of Brian K. Lindell