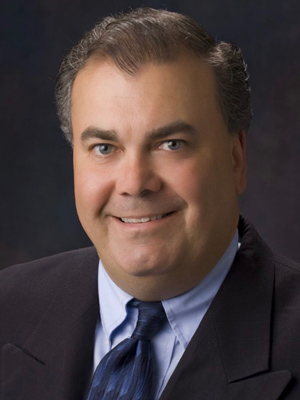 A visitation will be held on Wednesday, July 15, from 4-6 pm and on Thursday, July 16 from 10:00 -10:45 am, at Ballard-Sunder Funeral and Cremation, 833 South Marschall Road, Shakopee, MN, with a private family Celebration of Life Service at 11 am. Reverend Daniel Cole will preside. Masks are required and social distancing will be maintained at the visitation. Guest can watch the service via zoom by visiting the following link: https://zoom.us/j/99965950057?pwd=NHNoSmVyZ21vTlBvdkE2V3RBMnRkUT09
Meeting ID: 999 6595 0057 Password: 318863

Brett will be laid to rest at a private family burial at Dawn Valley Cemetery, in Bloomington, MN. Memorials are preferred and will be distributed in his honor, by the family.

On June 11, 1960, at Northwestern Hospital in Minneapolis, MN, Brett was the first of three sons born to Richard and Darla (Rogers) Grosklags. Growing up in Prior Lake, MN, he was the big protective brother to Bart and Jon, teaching them valuable lessons along the way. Brett achieved so much at a young age. He was involved in Cub Scouts and Boy Scouts. Brett enjoyed camping, hunting, and trapping. He thoroughly enjoyed music and was diverse in many instruments. Brett relished the days playing the drums in a local band, and especially at the Willows Fourth of July Party. He even earned his pilot’s license before the age of 18. Brett was also active in school, as the newspaper editor and he loved to ski. He proudly graduated from Prior Lake High School in 1978.

Brett’s achievements went well upon his childhood. He earned a master’s degree in Business Administration, from the University of St. Thomas. Brett soon became the CEO of his grandfather’s company United Steel Products. The business prospered and eventually was sold. Brett took his knowledge and co-owned many businesses over the years. He was the CEO at Global Business Solutions. Brett specialized in business planning and exit planning, financial planning, tax planning and buying and selling succession strategies. But his heart was always called into ministry. Brett worked with the less fortunate across the metro area through various groups, churches, and organizations. He found the greatest joy teaching and helping those in need.

Brett married Lori on July 25, 1986, at Shepherd of the Lake Lutheran Church. They were blessed with two children Kristina and Travis. Brett and Lori went their separate ways and on June 21, 2003, he married Angela, in his backyard. Brett was extremely proud to adopt her girls, Amanda and Hayley. Unfortunately, Brett and Angela parted ways. Family remained most important to Brett. As a dad, he always wanted the best for his children. Brett encouraged them to be adventurous, to experience life and to succeed. He was their support, guidance, and protector. In the recent years, life for Brett was enriched as he became a grandpa to four beautiful grandchildren. He was a proud grandpa! As a family, they enjoyed countless hours appreciating lake life, swimming, boating, water skiing and just being together.

Family was important, but faith was Brett’s foundation in life. He had a deep faith in the Lord. It was faith that gave Brett the courage and strength to live each day to the fullest. His caring and selfless character was expressed to everyone he met, all done through God’s love. Brett would do anything for anyone. He wanted everyone to succeed and hold no regrets at the end of the day. Brett often passed on a coin with words from John:3:16…Where will you spend eternity?

There to greet Brett home in Heaven is his mother, Darla.

Offer Condolence for the family of Brett Grosklags