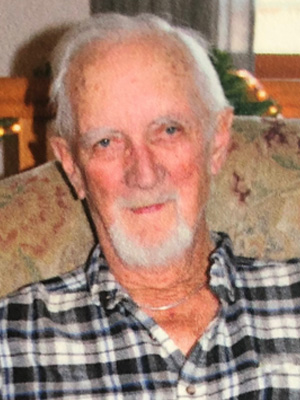 A public time of gathering will be held on Tuesday, January 19, from 9-10 am, at East Union Lutheran Church, 15180 County Road 40, Carver, MN. A private family celebration of life will follow at 10 am. Pastor Sarah Bunge will preside. Memorials are preferred and will be distributed in Bobby’s memory, by the family.

On May 11, 1933, in Billings, MO, Bobby Gene was born to William and Culetta (Schmidt) McGehee. He was the older brother to Don and Betty. Bobby was an ambitious child, who quickly learned the meaning of working hard and to mind your elders. The McGehee family lived with Grandpa and Grandma Schmidt until 1946 in rural Billings, before moving into town. As a teenager, his family enjoyed visiting relatives in Colorado and friends in Detroit, MI, which lead to an unexpected trip to Niagara Falls. Bobby played school basketball and baseball. He was an exceptional baseball player and even offered a chance playing with the Cardinals at their Triple A Camp.

As a senior, Bobby (17) eloped and married his high school sweetheart, Marlene Holderby (15), on January 13, 1951, at Walker Bros Dry Goods Store, in Eureka Springs, AK. They spent the next 63 years giving each other unconditional love, forgiveness, and patience. Bobby and Marlene were blessed with six children, Mike, Patty, Nanette, Tim, Virginia, and Bobbie Jo. Through the years, the family enjoyed camping, with the greatest trips to Yosemite National Park and Kings Canyon. On Bobby and Marlene’s 50th Anniversary, the entire McGehee family and close friends returned to Eureka Springs and stood at the very spot, while they renewed their vows.

Living in over 50 different homes throughout his married life, Bobby and Marlene were able to see many beautiful and amazing places, in different parts of the county. They were always on the go. Bobby has traveled to every state and to every capital in the US, except the capital of Alaska. Bobby and Marlene also seen many country sides from the view on their motorcycle. But Hawaii holds the fondest memories.

Bobby spent his life working with his hands. His first real boss was his father. Finishing the sixth grade, Bobby began working for his father building homes. After graduating from high school, he worked various construction and electrical jobs. From 1975-1995, Bobby worked for MJ Electric. Most of his years were spent as a supervisor working in the mines and sub stations for utility companies, all over the US.

Bobby had interests in western movies, listening to Country and Western songs and tending to his countless plants. His ultimate interest was working with wood. Bobby has built homes, furniture, clocks, display cases, gun cabinets, jewelry boxes, wine racks and the list goes on. He enjoyed the day sporting bibs overalls and flannel shirts. Bobby’s great passion was his family. He loved being a husband and father, but relished being a grandpa, great grandpa and even a great great grandpa.

Offer Condolence for the family of Bobby G. McGehee