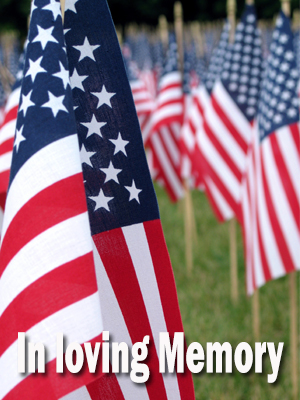 A Celebration of Life Service will be held on Wednesday, September 29, 2021 at 11:00 AM with visitation one-hour prior at Shepherd of the Lake Lutheran Church in Prior Lake. Bob will be laid to rest at a later date at Fort Snelling National Cemetery in Minneapolis.

Robert “Bob” “Shank” Allen Nelson was born on October 19, 1939 to Arnold and Marie Nelson in Tyler, MN. Bob was the middle of the three children in the Nelson household. Shortly after his birth, the family moved to Minneapolis where Bob would attend Roosevelt High School. During his high school years, Bob was a part of his high school’s basketball team. When he wasn’t in classes or practice, he could be found swimming the area lakes and exploring Minnehaha Falls with his friends.

Once Bob graduated from high school, he joined the Navy. He worked at the Naval supply store. His military service led Bob to a long career in the grocery industry. Once Bob was finished with the Navy, he started working for Country Club Supermarkets, one of the largest grocery store chains in Minnesota at the time. He started out working as a stocker and slowly worked his way up the company ladder. When it was time for Bob to retire, he had become one of the owners of the company.

Bob was united in marriage to the love of his life, Pauline, on May 17th, 1968. Together they raised four wonderful children. The family would take yearly vacations to some of Bob’s favorite places. Florida was a common vacation spot for the family. They would take trips to Disney World or go and watch the Orange Bowl Game.

One constant in Bob’s life was his love to be on the water. During the early years of marriage, he and Pauline would take the kids to the St. Croix River where they would spend weekends on the water boating, camping on the sandbars and water skiing. Bob loved the water so much that he bought a cabin on Waverly Lake. Here, the family had huge 4th of July parties for their friends and family. Bob and Pauline would go on to live on Prior Lake and winter in Florida. They couldn’t get too far from the water.

When Bob wasn’t on a boat, he enjoyed playing golf with his friends. This is where he earned his nickname “Shank” which speaks for itself. Besides golf, Bob enjoyed playing cribbage, working on his various cars, listening to the music of Dean Martin, Neil Diamond, Johnny Cash, Oak Ridge Boys and the Statler Brothers, playing in his Thursday night poker game, and watching various sports. He loved to watch the Minnesota “Twinkies” (as he called them), but if any of his grandkids were playing sports or other functions, he was there to watch them.

Bob is preceded in death by his parents, Arnold and Marie Nelson, wife Pauline and his brother Richard Nelson.

Offer Condolence for the family of Robert “Bob” “Shank” A. Nelson