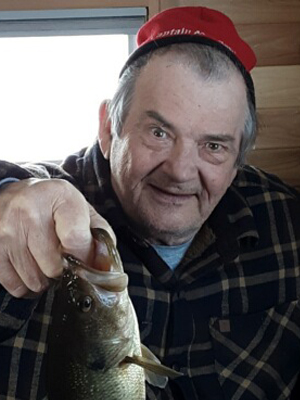 Robert “Bob” Francis Jirik, age 78, of Prior Lake, MN, passed away peacefully, surrounded by family on Wednesday, November 24, 2021. A Time of Gathering to celebrate Bob’s life will be held from 9:30 – 11:00 AM with closing words and prayers at 11:00 AM on Saturday, December 4, 2021, at Ballard-Sunder Funeral & Cremation, 4565 Pleasant St SE, Prior Lake, MN. Interment to follow with Military Honors at Spring Lake Cemetery, Prior Lake. In lieu of flowers, memorials are preferred and will be donated in Bob’s name to a Veteran’s organization.

Bob was born on April 30, 1943 to Emil and Helen (Kriha) Jirik in New Prague, MN. The second oldest of four siblings, Bob grew up with a simple life. His family didn’t have modern technologies we enjoy today, going without running water for a time and gathering around the woodstove when they needed warmth. Bob often told stories about his time setting bowling pins by hand to make some money. In high school, Bob was proud of his football career, going undefeated all four years, including beating Le Sueur 76-0. He was also Homecoming King.

After his high school graduation, Bob enlisted in the Navy and served honorably for six years. He proudly served in Vietnam, sacrificing time with his family to serve his country. Later in life, he became a member of the Prior Lake VFW. When Bob was finished with his military career, he moved back to Minnesota and started his career working at Met Stadium before transferring to the newly built Met Center, working in operations and managing utilities for 27 years. He received his boiler’s license and engineering license in the process. Working for the Met Center, Bob was able to get tickets to North Stars hockey all the time, which he shared with his friends and family whenever he could.

At a young age, Bob’s life was enriched when he met Joyce Blasnitz. Eventually, they were united in marriage on September 4, 1963 and were blessed with five children. Together, they enjoyed many trips to Iowa to visit relatives and family gatherings. Bob loved fishing and hunting, but mostly to spend time with his kids. He was always ready to point out a deer for someone else or hand his fishing pole off if he got a bite. Bob gave up a lot to raise his five kids and made sure they lived their best lives. After Joyce’s passing, Bob drew comfort from his family even more, enjoying time with his kids, grandkids, and great-grandkids. He loved ice fishing in the warm house, growing his garden (mostly tomatoes), and seeing how many squirrels he could trap and release. He also had a great relationship with his neighbors, gifting his tomatoes and other items as often as he could. A simple man, Bob embraced his modest roots, never owning things like a computer, credit cards, or smartphones. He always had a tool for anything and always fixed things instead of throwing them away.

He is preceded in death by his wife, Joyce; parents; and brother, Don (Alice) Jirik.

Offer Condolence for the family of Robert “Bob” Francis Jirik