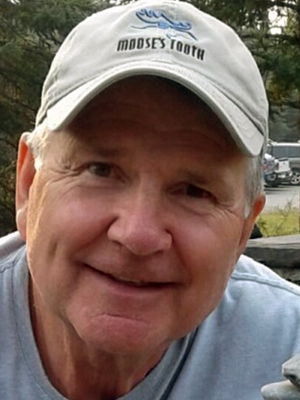 Robert “Bob” Bergmann 71, of Shakopee, passed away peacefully surrounded by family on Friday, December 24th. A Celebration of Life will be held Friday, January 7th at Friendship Church in Shakopee, starting at 11:00 AM with visitation 9:30-11:00 AM.
Bob was born March 29th, 1950 to parents Vernon and Vivian Bergmann. He was the eighth of nine children. Growing up in such a large family is probably where he developed his talent for goofing around and having fun. Bob attended Central High School in Norwood Young America where he enjoyed playing basketball and football. When he wasn’t playing sports, he was hunting with his brothers and Herdy, an admired mentor. Bob’s passion for the outdoors definitively started on the shores of Lake Manuella where his parents had a cabin. Bob enjoyed family, fun and long hours of fishing, sharing that love of fishing with others.
After high school, Bob began a career in law enforcement. He was the first police officer to have a canine partner in Carver County, Minnesota. Bob had a deep love and appreciation for dogs, many of which were not only his working partners, but best friends. Whether he was fishing or working on projects, his buddies were always by his side. Bob continued his law enforcement career for 28 years and was active in many large high-profile investigations, and even spent some time working with the BCA (Bureau of Criminal Apprehension). Bob was passionate about helping others and had a long and successful career doing what he loved.
Bob married Cheryl Glander in 1970 and they were blessed with two wonderful children.
On March 25th, 1983, Bob married Marilyn Deutsch. Bob and Marilyn eventually retired to Island Lake in northern Minnesota near Duluth. Bob and Marilyn found a piece of undeveloped lake front property, and with their vision and Bob’s skills, developed it into an idyllic log home sanctuary where many guests were warmly welcomed. Not only was his home a source of pride for Bob, but for many, it was a favorite place to visit. Bob and Marilyn’s calendar was filled with countless family and friends visiting and enjoying weekend stays. Whether Bob was
guiding those guests around Island Lake in his fishing boat, hunting or enjoying long walks with Marilyn and their dogs, Max and Duke, Bob loved his life and time while living at Island Lake.
Bob’s grandchildren will forever remember Christmas with Grandpa, having fun on his enormous sledding hills and experiencing the magic of whatever his new invention was. Precious memories have been created when Bob combined his enthusiasm for entertaining others with his woodworking skills fueled by his creative mind. Bob spent long hours in his workshop. He loved making things for others. It would be really hard to find any friends or family members that don’t have something special that Bob made for them. Giving the things he made away gave him great joy.
Bob was loved greatly by his wife Marilyn; children Matthew (Nikki) Bergmann, Jennifer (Phillip) Bernstein; grandchildren Corey, Cali, Mark, Audrey, Jordyn (Cody) and Addison; siblings Rosalie Heiland, John (Karen) Bergmann, Judy Grindall, Sandy Elling, Michael (Kathy) Bergmann, Mary (Ed) Vegter, Margaret (Gerry) Tellers; brother and sisters-in-law Milt (Lois) Deutsch, Joan (Duane) Farkas, Duane (Karrie) Deutsch, Carmen (Richard) Glynn. Also survived by many nieces and nephews. Bob is preceded in death by his parents Vernon and Vivian Bergmann; brother Jim; sister-in-law Penny; brothers-in-law Ted Grindall, Richard Elling and Bob Heiland.

Offer Condolence for the family of Bob Bergmann