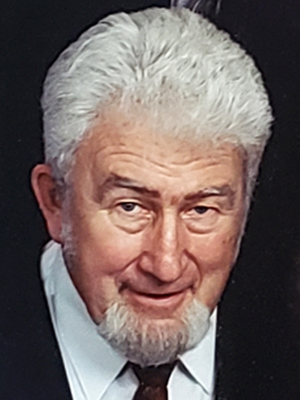 Mass of Christian Burial will be held on Friday, September 10, at 11 am, with a visitation two hours prior, both at St. Michael Catholic Church, 16400 Duluth Avenue SE, Prior Lake, MN. Father Robert St. Martin will preside. Interment following the mass at Credit River Cemetery. Memorials are preferred and will be distributed in Bill’s memory by the family. Condolence cards addressed to the family can be mailed to Ballard-Sunder Funeral and Cremation, 104 West First Street, Jordan, MN 55352. Additionally, memorials can be sent directly to the following organizations:

Parkinson Association of the Rockies:

Online: https://parkinsonrockies.org/get-involved/donate/ Donations can be marked in memory of Willard Haas.

The Minnesota Chapter Endowment Fund can be found in the Chapter Restricted Fund list and donations can be marked in memory of Willard Haas in the Payment Memo line.

Known as Bill to family and friends, he was born to Raymond and Margaret (St. Martin) Haas on the family farm near Prior Lake, MN on October 12, 1938. Bill’s 37 years of education started in a Scott County country schoolhouse at age 5. He graduated from Prior Lake High School in 1956 and the University of Minnesota (Bachelor of Chemical Engineering) in 1963. Bill continued his education at the Illinois Institute of Technology, where he earned a Master of Science (1969) and Doctor of Philosophy (1981) degrees in Chemical Engineering.

Bill was a member of Triangle Fraternity, Phi Lambda Upsilon, and was a registered Professional Engineer in Illinois and Colorado. He was listed in The National Register of Prominent Americans and International Notables and Personalities of the West and Midwest recognizing him for his many inventions, patents and publications.

Bill’s first employment, after college graduation was at Consolidated Paper in Wisconsin Rapids, WI. He furthered his career at Andrew Corporation and the Illinois Institute of Technology Research Institute in Chicago, IL. In 1977, Bill moved his family to Colorado and began the start of his career at Martin Marietta, now Lockheed Martin, in the Aerospace Industry as a rocket scientist. After retiring in 2002, Bill was a math professor at Arapahoe Community College in Littleton, CO.

At age 12, Bill would see Nancy Kane at Sunday Mass at St. Peter’s Church. Many years after they were married, he told her, that was when he decided that someday she would be his wife. They were married on November 26, 1960, at St. Michael’s Catholic Church in Prior Lake, MN. That marriage was blessed with three children, Jon, Joan and Jo.

Bill was a strong, faithful man. He was a leader in high school and was president of his fraternity and a school board. Bill had a special way of always helping and teaching others whose lives he touched.

As a husband, Bill was always devoted to his wife Nancy for 60 years. They enjoyed playing cards and their travels to 34 countries and all 50 states. The highlight of their lives together was raising their three children, becoming grandparents to eight grandchildren, and great grandparents to one great granddaughter. They were always there to support and cheer at their school and athletic events and took pride in their many achievements. All will remember his “words of encouragement” before any competition started.

Bill was preceded in death by his parents, Ray and Margaret; brothers, Roman, John; a nephew; aunts, uncles and cousins.

Offer Condolence for the family of Dr. Willard “Bill” Haas