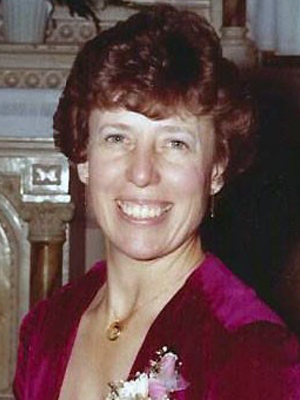 A visitation will be on Wednesday, June 23, from 4-6 pm, with rosary at 6 pm, at Ballard-Sunder Funeral and Cremation, 4565 Pleasant Street SE, Prior Lake and Thursday, June 24, from 11-11:45 am, with a Mass of Christian Burial, at 12 (noon) pm, at St. Michael Catholic Church, 16400 Duluth Avenue SE, Prior Lake. Guests may also join via livestreaming by visiting stmichael-pl.org and clicking on the live stream tab. Father Tom Walker will preside. Pall bearers will be Nicholas Duffy, Jackson Duffy, Michael Wenner, Chris Sisser, Mark Hunter, and Derek Knapp. There will also be additional services held later in Carey, OH. In Lieu of flowers, memorial are preferred and will be distribute in Barbara’s memory, to the Our Lady of Consolation.

In 1875, a statue of Madonna holding the Child Jesus were brought from Luxembourg to Carey, Ohio, Our Lady of Consolation. In 1951 Barbara Jacoby, age 14, was honored to present the
crowning of the Madonna, in preparation for the pilgrimage procession signifying the start of a new liturgical season. Miracles both spiritual and physical are said to have come, after seekers have made the pilgrimage to the Roman Catholic Minor basilica. Praying in front of Mary she holds forward her son Jesus, extending a gesture of blessings. The two figures are adorned in elaborate crowns and gowns and stand in a place of honor to the right of the altar in the upper level of the church.

Barbara’s faith, hope and love take on meaning through her own illness. It was Barbara’s wish that the celebration of her life would be honored through the donation of two gowns for the statues. The family request that memorials be made in lieu of flowers and the monies will be distributed by the family. Learn more by visiting www.olcshrine.com/about/our-lady

Edward Michael and Kathryn Elizabeth (Schindler) Jacoby announced the birth of Barbara on May 17, 1937. Born and raised in Carey, OH, she was the second of eight children. Faith was the main foundation in the Jacoby family, which too was instilled in Barbara and carried her throughout life. Barbara prayed the rosary daily, loved attending mass and was active in church life. At the age of 14, she was given the honor to crown Mary at the annual change of liturgical seasons. Barbara attended Our Lady of Consolation (OLC) through the eighth grade and completed her education at Carey High School in 1955.

Barbara’s dream was to become a nun. But while attending the county fair, she connected with a classmate named Eugene Wenner. Barbara loved horses and wanted to see them. Gene grabbed her hand and never let go! The high school sweethearts were married on November 26, 1955, at OLC. Barbara and Gene soon became devoted parents to Debbie, Dennis, John, Julie, Gene, and Barb. Since Gene worked for the airlines, the family lived in numerous cities around the US. For over 30 years, Barbara and her family called Prior Lake their home.

As a family, they took advantage of the opportunity to fly all over the world. Barbara and Gene’s greatest adventure was their children surprising them with a trip to Rome, celebrating their 50th anniversary in a 15th Century castle. They also enjoyed the simple excursions in life of packing up the station wagon and heading off camping, swimming, and fishing.

Barbara committed her life to being a devoted wife and mother and her greatest joy was becoming a grandma and great grandma. They enriched her life immensely. Barbara loved creating Christmas crafts with Gene to sell and being surrounded by family and friends having fun! Barbara also enjoyed painting anything and everything, watching WWF, animals shows and baseball.

Barbara and Gene owned “The Milk Store”, in Prior Lake for many years. The success of the store was a family affair. She also devoted 24 years to the Marriott Hotels. Barbara loved her job, especially the interaction with colleagues and the ability to raise money for charities. Growing up during the depression, Barbara learned giving of oneself brings rich rewards. She gave countless hours serving her church and community. Barbara was active in the St. Michael Healing Hearts Grief Group, Rosary Alter Society, Yellow Ribbon, Daughters of the American Revolution (DAR), Marriage Encounter, Children’s Miracle Network, Teams of our Lady, and the Marie Fort Griffin (GA) Garden Club.

Ballard-Sunder Funeral and Cremation proudly served and cared for the Wenner family.

Offer Condolence for the family of Barbara Wenner