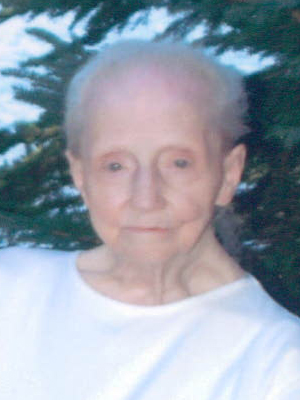 A private family Liturgy of the Word will be held on Tuesday, April 13 at 12 (noon) with guests joining by clicking on the following link (https://zoom.us/j/91503415496?pwd=cmFGU2FDeTBoME8zRm5aU0xRVGRwQT09). Father Tom Walker will preside. Barbara will be laid to rest at a private family burial at Fort Snelling National Cemetery, Minneapolis, MN.

Born on April 11, 1927, in Mason City, IA, Barbara Jean Alice was the fourth of five children to Beauford and Hildagarde (Strebritz) Keeling. She grew up in Mason City, where Barbara attended catholic grade school and formed a lifelong friendship with Mary Jane (Lambert) Coe. She began working as a telephone operator while attending school and learned secretarial skills. She was proficient at shorthand winning an award. Most of her correspondence and recipes showed evidence of her skill. Barbara graduated from St. Joseph Catholic School, in 1945.

As a young child, Barbara enjoyed exploring the neighborhood and playing with the other kids. There was one young man, she took an interest in and his name was Lloyd O’Connor. They started dating and on November 5, 1945 in Oakland, CA, Barbara and Lloyd were married. They soon welcomed Suzan, Shayne and years later a son, Kelley. Since Lloyd worked for the railroad, the family first lived in Mason City, with eventually moving to Albert Lea, MN and finally to Minneapolis, MN.

Barbara and her family’s hearts broke with the early passing of Kelley, at the age of 13, from cystic fibrosis. His passing devasted her. At the same time, she became a grandma and found great comfort in finding meaning and purpose to her life through the grandchildren. As the years went on, Barbara also loved being surrounded by her great grandchildren and great great grandchildren.

Barbara had a lifelong passion for animals. Despite having asthma, she still loved cats, dogs, birds, and any other creatures of nature. Barbara also loved anything outdoors. She relished working in her garden, growing African Violets, and searching for agates. Barbara also liked collecting different types of glass ware and was an avid reader, especially of nature.

Ballard-Sunder Funeral and Cremation proudly served and cared for the O’Connor family.

Offer Condolence for the family of Barbara O’Connor