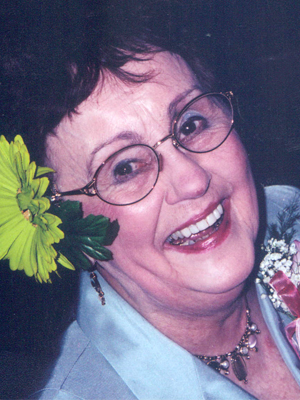 A Celebration of Life will be held on Friday, September 10, 2021 at 11:00 AM, with a visitation one-hour prior, both at Hosanna Church, 9300 163rd Street West, Lakeville, MN. Pastor Per will preside. Pall bearers will be Chris Carney, Brian Carney, Steve Carney, Daniel Carney, Ryan Carney, Kay Lathrop, and Dave Lathrop. Barbara will be laid to rest immediately following the funeral service at Fort Snelling National Cemetery, in Minneapolis, MN.

Barbara Jean graced this world on March 15, 1924, to John and Clara (Seiler) Schneider. Born and raised in Minneapolis, she was the eighth of nine children. Barbara was raised in a strong Catholic family and having a deep faith was instilled into her, at an early age. This faith foundation was later passed down to her children. Barbara attended Incarnation Catholic School and continued her education at Washburn High School, where she graduated.

While attending an event at the Catholic youth center, Barbara met the love of her life. His name was Henry Marcellus Carney. They started courting and on April 1 or the 14, 1952, Barbara and Henry wedded, at Incarnation Catholic Church. They were blessed with five children, Kathryn, Maureen, Brian, Chris, and Steve. Family was always important. Attending Interlachen County Club was a large part of their social gatherings. But Barbara found the most joy being a devoted wife and mother. The house was always bustling with activities. Barbara went above and beyond for her family, regardless of the time of the day. Through the years, she remained close to her siblings, as well, and enjoyed their conversations and getting together.

Barbara was a woman of many creative talents. She was an amazing seamstress, sewing clothes for her children to integrate banners for the church. Barbara excelled as a painter. She made furniture, wallpaper the home and was a great word smith too.

Barbara had one passion besides her faith and family…the love of butterflies. As a young girl, she loved to catch them, learn of their activity, and release them back into the world. This passion was a lifelong devotion. The butterfly is a powerful symbol of change, joy, and transformation. It evolves from a land bound crawling caterpillar to a winged, elegant butterfly that is often very colorful. When we suffer the loss of a loved one and have a unique experience with a butterfly, we can feel it is our loved one communicating with us. A sign of renewal and rebirth! The next time you see a butterfly, take a moment to think of Barbara sending you a message saying she is okay, and I am beside you.

Barbara is preceded in death by her husband, Henry, parents, and siblings.

Offer Condolence for the family of Barbara Carney